Today it appears that the ongoing saga of OCZ's roller coaster ride on the stock market has finally came to an end. Earlier this morning, weeks of ups and downs in the company's share price as well as rumors of massive financial troubles finally came to a head when trading was halted on the SSD manufactures stock. 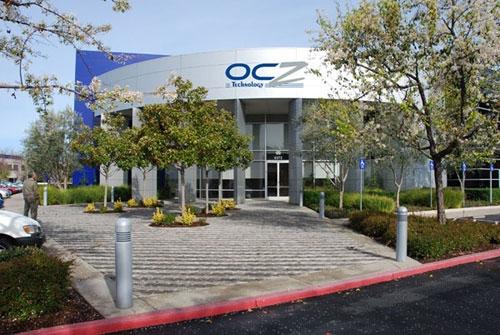 Trading was suspended after shares failed to rebound above $1 over the last 30 days, and solidifies rumors that the company is quickly approaching its end of life. I have reached out to several industry analyst, and the general conscious appears to be that the company will either file bankruptcy very soon, or someone like Toshiba will swoop in and buy OCZ for pennies on the dollar. Personally I am expecting them to be bought out, as that makes the most sense at this point. 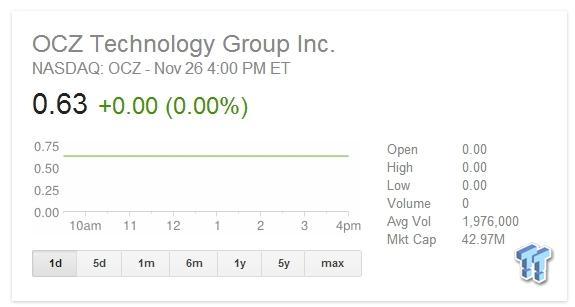 A few weeks back, our own Chris Ramseyer all but predicted today's outcome in his review of OCZ Vector 150 120GB SSD. Chris poised a question, asking if OCZ would be around six months from now, and I guess the answer has arrived. Below is an excerpt from that review.

Let's tackle the elephant in the room or at least attempt to. The topic of OCZ's long term, err... are they still going to be around six months from now or not. That's what we need to think about. No company has done more for the consumer SSD market than OCZ, and although we all have a bit of love for OCZ in our hearts, this is a cut throat, dog eat dog world. The big fab companies are ready to kick everyone else out, make this a commodity market like they did DRAM, something OCZ has a little experience with since they were drove out of that market just before going all-in with the SSD market. This is an important topic because OCZ has a five-year warranty and Vector 150 is a premium product that sells at a premium price.

First, let me say I don't like venturing into this area. I'm not a broker, I don't know anything about the markets other than what the papers my broker sends to me each month. Everyone I've spoken with who knows, some even obsess about Wall Street, say that OCZ is done for as the company they are now. Their bank account supports a run until the end of the year and after that the money is gone. The company owes money; some of the loans were taken out with high interest rates. That's not a good sign, it's actually a sign of desperation. OCZ has IP, they even have a controller, although some journalists have doubts if Barefoot 3 is really OCZ or if it's another reworked Marvell, doubt cast after Vertex 4. The problem is the IP and the controller are collateral for the loans, at least as I understand it.

I'm not going to go as far as to say that OCZ can't honor their warranties six months from now, but there are several scenarios that lead to warranties not being honored. Not just that, but future firmware development, a world without OCZ as it is now is a possibility.