Even in a time of financial crisis BlackBerry is continuing to release smartphone after smartphone in an effort to somehow convince the public that it is still a major player in the industry. Today we learned that the company plans on releasing the Premium Porsche Design P'9982 despite is astronomically high price tag. 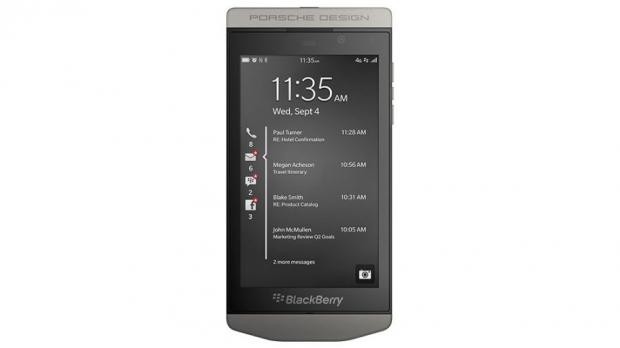 For what basically amounts to a re-skinned BlackBerry Z10, the Porsche P'9982 features Italian leather, and stainless steel in its "ultra-modern" design. Internally it features the same 1.5GHz processor, 2GB of RAM, and 4.2-inch 720p display that the normal Z10 comes with. The only thing outside of a new sleek exterior is a certificate of authentication and a "2AA" lapel pin that signifies you as a member of the Porsche Design Club.

The new Porsche Design P'9982 will set you back by more than $2400, and will still run the stock version of BlackBerry 10. At that price, you could buy A Google Nexus 5, Nexus 7, Nexus 10, and still have money left over for a very high-end Google Chromebook. Call me crazy, but a company who is continuing on a downward slope should be introducing products that change the market, and gain them massive amounts of market share, not releasing something that is more expensive than any phone Apple has ever offered. BlackBerry says that the new Porsche Design P'9982 will arrive on November 21st, and then we will see if the demand for the device outpaces the much cheaper Z10.