The People at Ubisoft shipped out Assassin's Creed Black flag at 900p to make sure the GPU and CPU ran the game at a consistent 30 frames per second. They will be sending an update to make the game native 1080p. The update will also include an anti-aliasing which will improve jagged edges in the graphics. Anti-aliasing will be available on both the PlayStation 4 and the Xbox One. Ubisoft says the update will be available shortly after launch. 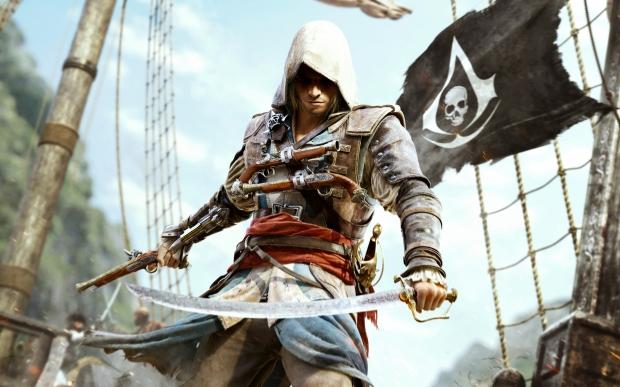 Community manager Gary Steinman: "Finishing the game at 900p gave the development team the extra room in terms of the GPU and CPU usage to ensure the frame rate never dips below 30 frames per second. The team then used the time between the ship date and the release to focus on a title update that could deliver native 1080p resolution on the PS4."

Associate producer Sylvain Trottier: "The most important part of this title update is not necessarily 1080p native resolution. It's the fact that even when we were done with the project, even when we were finished with the certification and everything else, even when most of the engineers had started to work on other projects - like we always do at Ubisoft - some of my engineers continued to work on Black Flag and they even developed a brand-new anti-aliasing technique."

Steinman also mentions he wants PS4 users to notice the change: "Pay special attention to finer details like the ropes on the ships, and then have another look once the update is installed as an example of the change to resolution."