We're seeing more and more details from motherboard manufacturers and their upcoming Haswell-capable motherboards, with ASRock walking into the spotlight today with a bunch of details on their entire Z87 lineup of motherboards. 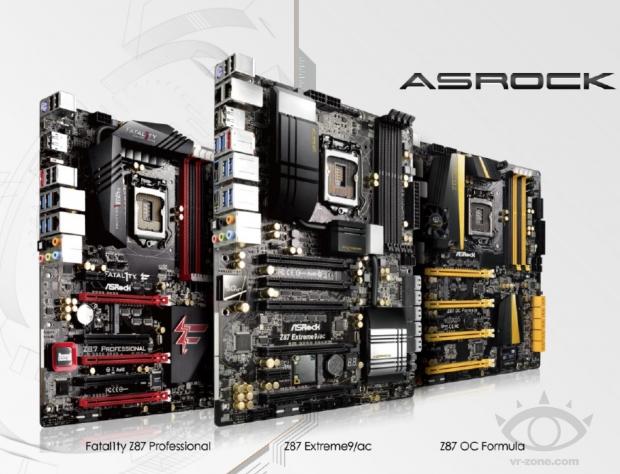 ASRock will be releasing 11 motherboards in the Haswell range, with top three of these boards featuring the Z87 Express chipset: the Z87 Extreme11, Z87 Fatal1ty Professional and Z87 OC Formula. The Z87 Extreme11 is available in the /ac option, which is on-board 802.11ac Wi-Fi for some seriously high-end wireless networking. This is ASRock's best board, and features everything you'd need - Thunderbolt, 802.11ac Wi-Fi, SLI/CrossFire compatibility, and more. 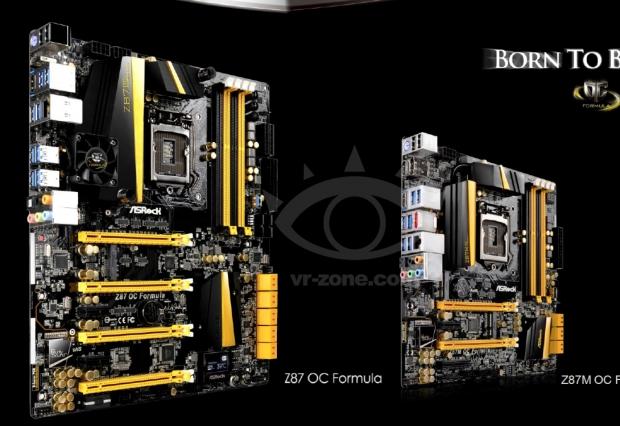 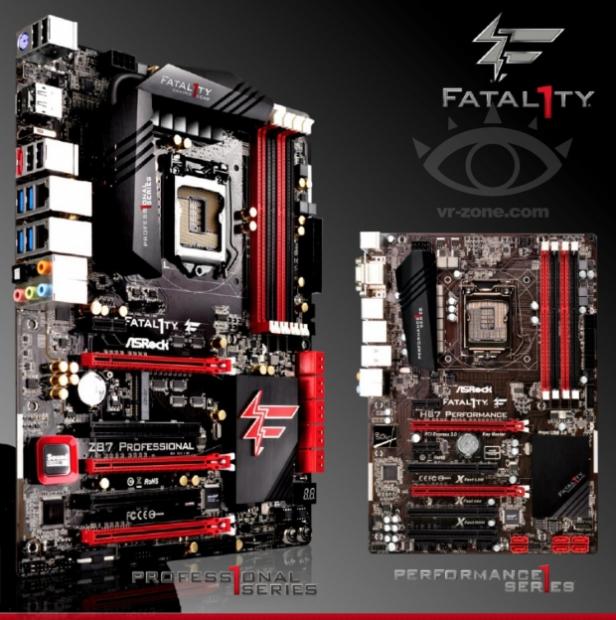 Then we have the OC series of motherboards, which are aimed toward overclockers. These OC boards feature stronger VRM circuitry and features that help enthusiasts push their hardware, but at the expense of connectivity. The ASRock Z87 OC Formula can still run three GPU's, for some seriously high-end GPU setups, as well as a strong CPU VRM.

ASRock are also introducing a micro-ATX model in their OC series, the Z87M OC Formula, for those gamers and enthusiasts on-the-go, or for space-conscious users. 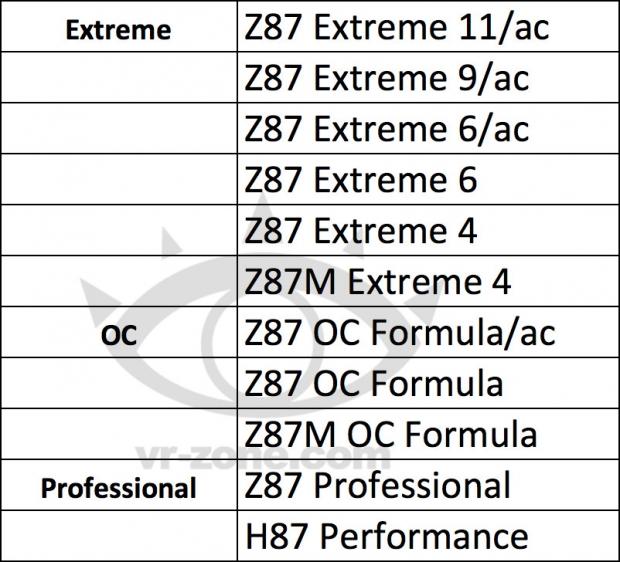 Fatal1ty-branded boards are still with ASRock, where we have two LGA1150-capable boards with the brand name. The high-end Z87 Fatal1ty Professional, and the more value board, the H87 Fatal1ty Performance. The Fatal1ty boards feature a unique design, targeting high-end PC builds. They support 3-way multi-GPU setups, Creative Sound Core3D audio, and either Killer of Intel wired networking.