CES 2013 - Unless you live under a rock, it is very likely you already want to get your hands on this sweet little AIO system from Swiftech. The H220 has to be the epitome of what users have cried out for in all the years that Asetek and CoolIT have been dropping the ball and pushing virtually the same products for years with only slight adjustments to their designs, but no matter what, once the seal on an average AIO is broken in any fashion, or you attempt to mod them, you surely throw away the warranty for your efforts.

Swiftech is turning the AIO community on its ear as they display the H220 in its CES suite. I have seen a lot of the press information prior to CES, but that means nothing compared to a hands on view of the product. I know this system is mod-able under warranty, but the amount of fine detail, craftsmanship, and the fact that the unit comes completely assembled, even with the fans on it, so that users can take fan screws and slap it inside of the chassis with very little effort, is just fantastic. 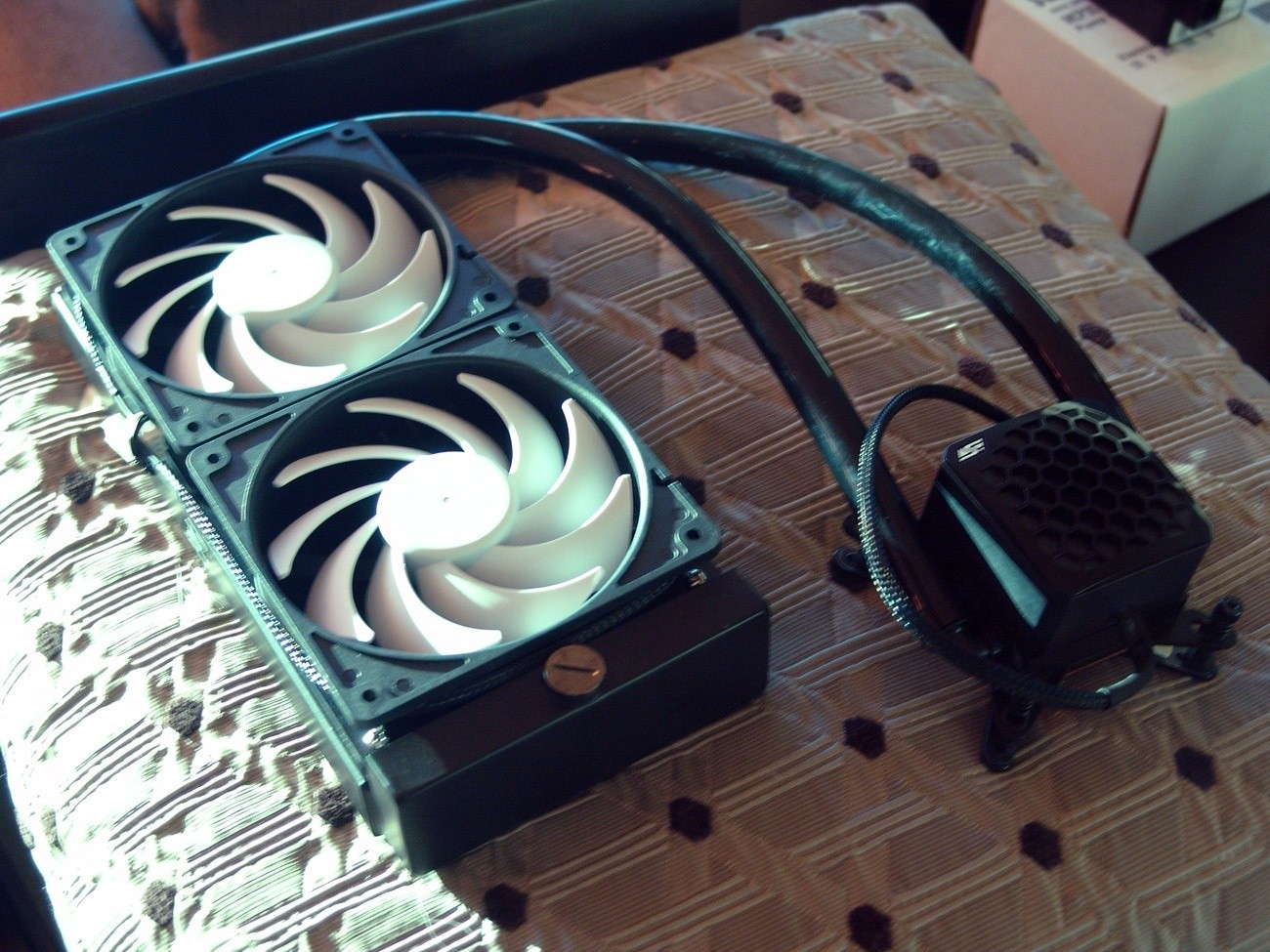 Things that go above and beyond a normal AIO are of course the ability to add anything you want into the loop and still have very reasonable results, but they don't just stop there. There are changes made to the radiator that takes the micro-channels of the radiator out from under the screws so that even if you drive screws in too far, they cannot cause the system to leak - you may bend a fin or three, but the loop will function as normal. Using black tubing is just a start to help reduce any algal build-up in the loop, and I am told that more colors will become available. Even the tiniest details like engineering the perfect clamps for this system to allow users to be able to screw them down until the thread stop, while keeping perfect pressure on the tubing at the connections to allow the system to stay virtually evaporation free at the fittings. At first glance you don't really notice these things, or even the fact that tons of work when into the noise produced so that at no time does the head unit make more noise than the fans at any of the controllable speed levels.

Gabe also told me that I should have an eye out around my porch while I am gone, because my sample for testing has already left the factory, so keep your eyes peeled for this ingenious system to hit TweakTown as soon as I can physically make it happen.

Another thing I saw, but the images failed to turn out well is a new set of quick-disconnects for any water loop. While up until now Koolance was the only one having any success with them, Swiftech has brought forth some real competition for them. With the use of a much different spring to close the valve when disconnecting the tubing, he was pulling them apart with a pump running, and there was just a miniscule amount of liquid in the fitting when this was done. Two other major adaptations are made for these connections. First of all the new spring used shortens the length compared to the Koolance offerings by almost half the overall length, and there is also a plethora of add on fittings to allow you to go male or female off of both ends, or it allows you to even add compressions fittings right to the end of them.

The major factors that kept users from buying the other offerings has been fixed, and Gabe did a great job with these new quick-disconnects, and I can't wait to try to integrate them into a loop to use them to make my loops much easier to manage, remove and clean.