If you thought NASA's Curiosity rover was already cool, checking in on Foursquare on Mars and all, well, they're looking to launch another rover in 2010. NASA have announced the news at the American Geophysical Union conference in San Francisco, but haven't provided many more details unfortunately. 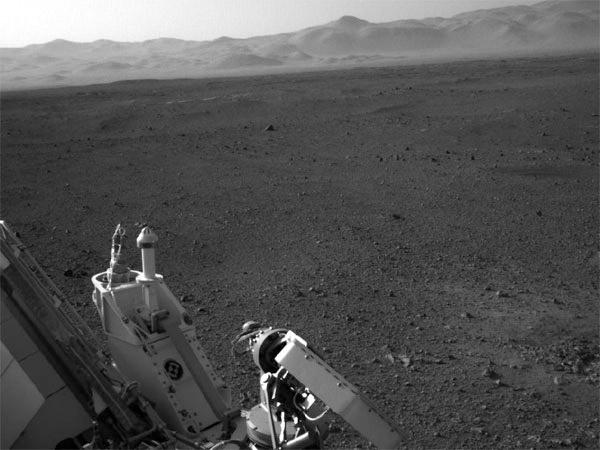 NASA's Management Astronaut and the Associate Administrator of the Science Mission Directorate at NASA headquarters (imagine that on your resume), John Mace Grunsfield, did tease the world by saying that the next-generation rover would be "based on Curiosity". The current budget for the currently-dubbed "Science Rover" will hover at around $1.5 billion, with no funding coming in from other departments.

The launch of the Science Rover is part of a multi-year Mars program, which NASA says "affirms the agency's commitment to a bold exploration program that meet's our nation's scientific and human exploration objectives". The portfolio includes the Curiosity and Opportunity rovers, two NASA spacecraft and contributions to one European spacecraft that is currently orbiting Mars, the 2013 launch of the Mars Atmosphere and Volatile EvolutioN (MAVEN) orbiter to study the Martian upper atmosphere, the Interior Exploration using Seismic Investigations, Geodesy and Heat Transport (InSight) mission, which will look into the deep interiors of the red planet, and participation in the ESA's 2016 and 2018 ExoMars missions.

NASA will provide "Electra" telecommunication radios to ESA's 2016 mission and vital part of the premier astrobiology instrument on the 2018 ExoMars rover.

Does anyone else find this incredibly exciting? I really wish that by 2020, we have 4K-capable cameras attached inside, outside, and everywhere around the rovers - watching them float through space, land, and rover around on Mars. Please, NASA, please?