With the ever-increasing pervasiveness of technology, it was only time until someone figured out that airplane boarding passes could be read by smartphones and the data displayed to the user. Unfortunately, it was discovered that these boarding passes lacked any sort of simple security, such as encryption. 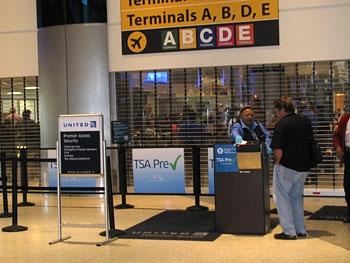 Users who use the PreCheck system can decode their barcodes and find out whether or not they would be randomly checked before they ever left home. The US PreCheck system allows frequent flyers and people willing to pay $100 to sometimes skip some parts of security, though it is random whether or not you will be checked.

This "randomness" is decided ahead of time and encoded in the barcode. A quick scan with a smartphone, or a quick look with your eyes, divulges whether or not you've been randomly selected. "The disclosure of this information means that bad guys are not going to be kept on their toes anymore," Christopher Soghoian, principal technologist at the American Civil Liberties Union, said.

"The disclosure of this information means that bad guys are not going to be kept on their toes anymore," he said. This means terrorists can realize their not going to be screened and bring unauthorized items on board the plane, posing a massive security risk for those on board.