It hasn't even been a year since the release of Star Wars: The Old Republic, yet the company is already moving the game to free-to-play status. Announced today, the game will become free-to-play up to level 50 using 8 different character classes this fall. Of course, this free-to-play will include some restrictions. 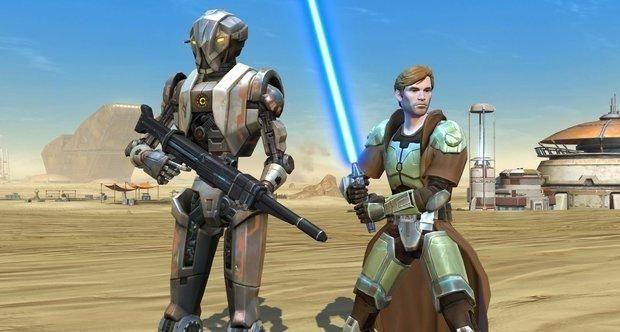 "Players want flexibility and choice," says Matthew Bromberg of BioWare Austin in a press release, "The subscription-only model presented a major barrier for a lot of people who wanted to become part of The Old Republic universe."

"Since launch, we've been listening to feedback from our fans and adding new content and refining The Old Republic at a breakneck pace. We believe we are in a position to help improve the service even more, not only by continuing to add new content, but also by expanding the game to many more Star Wars fans, increasing the populations on worlds and the vibrancy of the community," says executive producer Jeff Hickman.