Would you decline $75 million? Heck, $75 for free wouldn't be too bad these days. On the flip side, Apple CEO Tim "Good Guy" Cook has declined a $75 million payout in restricted stock dividends owed to him. Yes, declined. 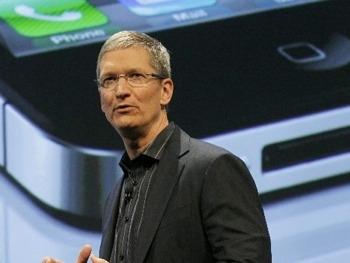 Apple announced plans last week where they would pay a $2.65 per share dividend on restricted stocks held by Apple employees. This is rare for a company to reward its employee stockholders like this, and even more strange for a high level executive to decline the money they are entitled to.

But, it's not all bad. AllThingsD reports that this could actually benefit both the company, and Cook in the long run. This move gets positive press for not just Apple, but Cook, which could, and most likely will, translate into more stocks sold. It also shows the kind of person Cook is, in this world of increasingly greedy CEOs and executives.

Then again, Cook is already rolling in cash compared to the normal everyday person: earning a reported $58 million in 2010 with a base salary of 'just' $800,000, a $5 million bonus and $52 million in stock for fulfilling CEO duties whilst the late Steve Jobs was away for health reasons back in 2009. Thought that was good? Well, put a towel down on the floor because your jaw is about to hit it.