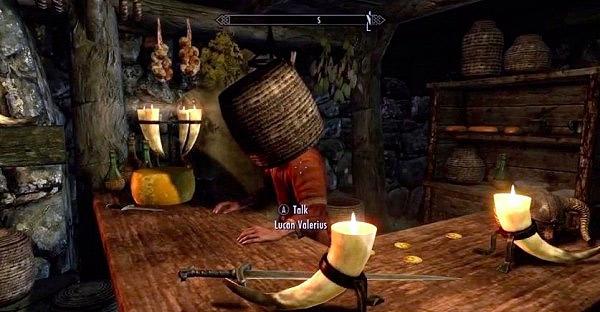 Details on how to apply the update are here. And below I've listed a full list of fixes and goodies, there's a lot:

General optimizations for memory and performance

Fixed occasional issue with armor and clothing not displaying properly when placed on mannequin's in player's house. (PS3)

Fixed issue where dragon priest masks would not render correctly

Fixed issue where quests would incorrectly progress after reloading a save

Fixed issue where weapon racks and plaques would not work correctly in player's house if player immediately visits their house before purchasing any furnishing.

Fixed issue with ash piles not cleaning up properly

Fixed occasional issue where overwriting an existing save would fail

Fixed issue where traps in Shalidor's Maze would not work properly in French, German, Spanish and Italian versions

Bows and daggers will display properly when placed on weapon racks

In "Breaching Security", the quest token is no longer required to receive a fortune reading from Olava the Feeble

Fixed issue where starting "Season Unending" after finishing "Joining the Stormcloaks" would prevent "The Jagged Crown" from starting properly.

Fixed issue progressing through "Message to Whiterun" while "Season Unending" was still open would block progression for both quests.

In "Arniel's Endeavor", fixed issue where a quest journal would trigger multiple times

In "Forbidden Legend", the amulet fragment can no longer disappear after player leaves a dungeon without taking it

In "The White Phial", the phial can no longer disappear if player leaves dungeon without taking it

In "Darkness Returns", a door in Twilight Sepulcher will properly open if the player leaves the dungeon for an extended period of time before completing the quest

In "Revealing the Unseen", if the player leaves the Oculory for an extended period of time after placing the focusing crystal and returns, the quest will proceed correctly

In "The Coming of the Dawn", fixed rare instance where a quest object would spawn incorrectly on the Katariah during Hail Sithis

"Blood's Honor" will start properly if you visited and completed Driftshade and an extended period of time passes before starting the quest.

Fixed rare issue where "Dampened Spirits" would not start properly

Fixed numerous issues with "Blood on the Ice" not triggering properly

In "Blood on the Ice", Calixto can now be killed if player owns a house in Windhelm

In "The Cure for Madness", killing Cicero then resurrecting him no longer impedes quest progress