China, where all things like this seem to start, has done it again. A first-of-its-kind tablet, which sports Google's latest Android 4.0 OS is priced under $100 and for sale right now. It will reach the shores of other countries in the coming weeks and months. 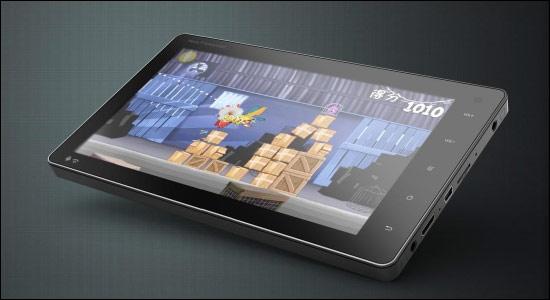 The tablet comes from a company called Ainol, and is called the "Novo7". Novo7 sports a 7-inch capacitive screen and runs on just a 1GHz single-core MIPS processor. Battery life seems good, with claims of eight hours whilst watching video, seven hours if you're just browsing the web and six hours when playing games.

Software wise, Android 4.0 is the joy of this unit. For $100 its feature list is quite good: front and rear-facing cameras, 3D graphics capabilities, 1080p video decoding and an HDMI port.

Andy Rubin, senior vice president of mobile at Google said in a statement:

I'm thrilled to see the entrance of MIPS-based Android 4.0 tablets into the market. Low cost, high performance tablets are a big win for mobile consumers and a strong illustration of how Android's openness drives innovation and competition for the benefit of consumers around the world.

Right now, China is the only market to have the tablet launch in. Over the next few months other countries will receive them, under brands including Leader International and OMG Electronics. There should also be 8- and 9-inch tablets coming.