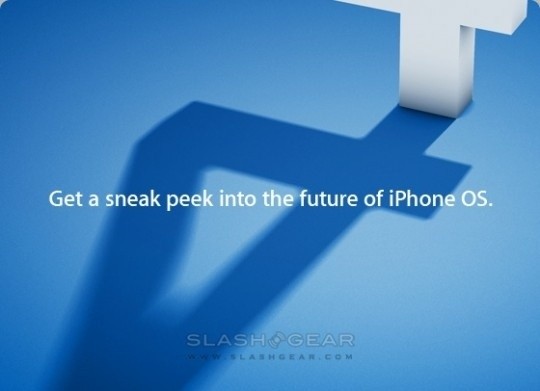 Sources close to Apple are hinting that the company plans to unveil something else very big and future changing in relation to mobile advertising. If this is true it would without doubt bring a smile to Google's face, which might seem a little odd at first given Google is a direct competitor; but, as touched on here :-

We won't delve into the whole reason why Google would be excited about Apple getting into the mobile ad line of work, but we will say that it has a lot do with the Mountain View company's current situation with the Federal Trade Commission. They're trying to shake up the trees, and prove to the FTC that they have some mobile ad rivals, because they want to go ahead and purchase AdMob. Right now, that's in limbo, but the moment Apple enters into the game, Google's got no more worries.

This is all hearsay right now, but having purchased Quattro Wireless for well over a quarter of a million in January of this year, it's indicative of a step forward in a bigger venture Apple have had planned for a while now.
NEWS SOURCE:slashgear.com
Newsletter Subscription