All NewsBusiness, Financial & LegalCases, Cooling & PSUContests & GiveawaysCPU, APU & ChipsetsDealsDisplays & ProjectorsGamingMotherboardsScience, Space & RoboticsStorageVideo CardsVirtual & Augmented Reality
All ReviewsAll ArticlesAudio, Sound & SpeakersCases, Cooling & PSUCPUs, Chipsets & SoCsComputer SystemsDisplays & ProjectorsGamingMotherboardsNetworkingPeripheralsStorageVideo Cards
GuidesGamingAsk the ExpertsNewsletterAboutForums
Windows 11Halo InfiniteBattlefield 2042Elon MuskGTA 6RTX 3080HDMI 2.1Bitcoin Mining
Gaming
This morning K-Mart let the proverbial cat out of the bag on the Sony PS3 Slim. This is the same console that Sony has been denying for the better part of a year. Well K-Mart messed up by putting this up on their website for $299.99. The launch date was set for the 24th of August.

At the same time Sony was preparing for a news conference at Noon Eastern Time in the US. Many knew that they would hear word of the PS3 Slim from the horse's mouth.

Well Sony did officially announce the PS3 Slim and for the listed $299 but the launch date is a little off. Sony says that it will be ready in early September. The new PS3 will have a larger HDD at 120GB but will feature pretty much the same hardware otherwise.

Sony also announced that it will knock off $100 from the current PS3 system bringing it down $299.99 for an 80GB full sized version. Why you would want to do that I am not sure as in a couple of weeks you can have the newer version with a larger HDD for the same price. 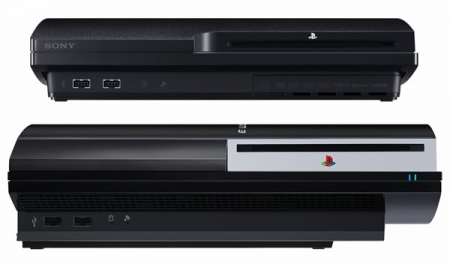