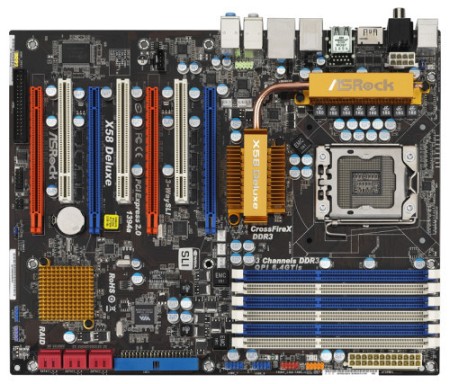 This variant is a more cost-friendly alternative to the SuperComputer with very slight trimmed down features and accessories that many people probably wouldn't use anyway. The changes include just a single Gigabit Ethernet interface and no (2S) SLI interconnect bridge which is now redundant for common two-card SLI setups anyway.

However, all the important features are left in place including full CrossFireX and up to 3-Way / Quad SLI graphics support via its four PCI Express x16 slots, up to 24GB of DDR3 memory and 8-channel HD Audio.

Although it's yet to be officially released by ASRock, you can already see a listing for it on their website here.
Newsletter Subscription