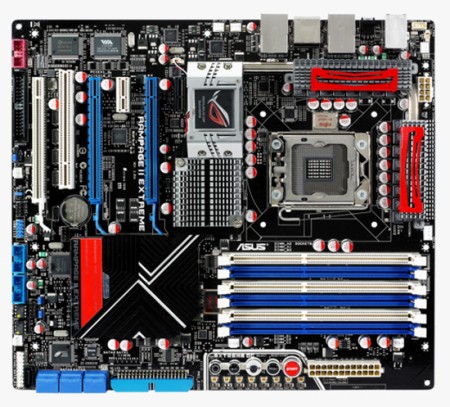 As you can see, it certainly does look mighty extreme with its full armoursuit attached. The cooling system covers much of the PCB and looks convincingly effective at keeping all the key areas cool enough for some monster FSB goodness.

However, the northbridge heatsink does seem a little out of place compared to what's going on around it; i'm sure many of us were expecting to see some form of waterblock like what GIGABYTE did with their EX58-Extreme, or at least something a bit more 'out there' that is typical of the R.O.G. series characteristics. Perhaps they haven't decided what they'll do with this just yet. 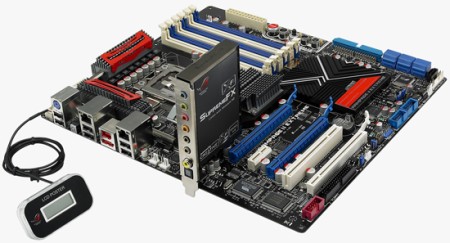 No word on pricing as yet, but apparently the board will be ready for action come launch day.
Newsletter Subscription