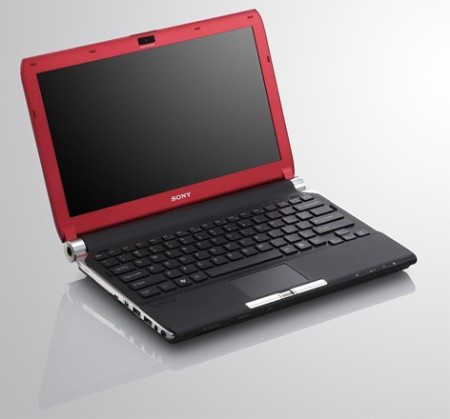 Features include the use of an Intel Centrino 2 based processor, HDMI output, Windows Vista while select models will also support a dual 128GB SSD setup in RAID. If that wasn't enough, also available is a Blu-ray ROM which helps make this the worlds lightest Blu-ray laptop.

Available in four colors at launch; carbon black, silk black, champagne gold and crimson red, there should be something to suit your mood. At the moment there looks to be two versions, the SSD one which carries a price tag of $2,750 and the Blu-ray version carrying a price tag of around $2,700. If that sounds too expensive, the new VAIO TT will start at $2,000, though we don't know exactly what you get for that money just yet.

It features an 11.1-inch widescreen display (measured diagonally) with Sony's XBRITE-DuraView™ LCD technology, delivering 100 percent color saturation for a wide range of vibrant colors and true-to-life picture quality. This technology also produces a brighter screen thanks to an energy-efficient white LED backlight so you can view photos in crystal-clear resolution.