Should I upgrade to a faster AMD CPU or save to buy a new motherboard, CPU and RAM? I currently have an AMD FX-6300, 8GB of GDDR3 and 2 MSI Radeon r9 280x's in crossfire. I think I might have a CPU bottleneck and was thinking about switching to an Intel build (i5 6600k).My other option might be to get a better AMD CPU (AMD FX-8350) and use the rest of the build I currently have, and upgrade to an Intel base system in about a year.

The AMD FX-6300 you've got right now is pretty good, thanks to your 2 x Radeon R9 280X cards in Crossfire, but you are itching for an upgrade. What I would do is buy another 8GB of RAM to bump yourself up to 16GB and wait a little while for your upgrade. You could upgrade to the FX-8350 as a "for now" upgrade, but that would be up to you. 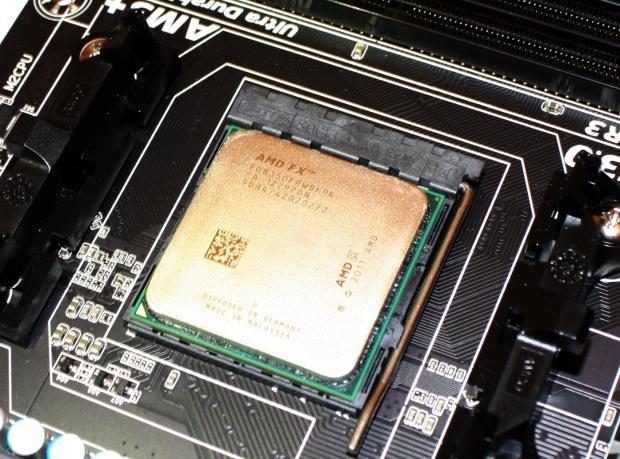 As for waiting until later this year to build an Intel-based setup, this is what I would recommend doing. AMD has some exciting stuff coming out later this year thanks to their new Zen architecture, and so does Intel with the big shift to 14nm. Intel will be launching various CPUs in their new enthusiast range, which should push the price of the Skylake-based gear, like the Core i7-6700K, down. When this happens, it's going to be the perfect time for people like yourself to upgrade.

So, if you have to upgrade now - I would get another 8GB RAM and the FX-8350 and then wait until later this year for a bigger upgrade.