What does it really mean to be a "Maker?"

Some of you will recognize me from my morning news post, but that is not all I do here at TweakTown. I have been asked to contribute some original content based around the DIY / Maker hobby. My background is in DIY electronics, PC modding and 3D printing, which gives me a ton of things to write about in the coming months. Before I get started I wanted to educate you as well as myself on a term that you will see me use a lot: Maker. This word is used a lot in the media these days and I do not think that everyone really grasps what being a maker really means.

Back in 1961, the American auto maker Chevrolet, released a short film titled American Maker, it profiled a certain type of people who were dubbed "Makers." It stated that Makers build for use as well as building for fun. While the video focused more on industrial engineering and model making, the spirit of making was the same then as it is now.

Fast forward 50 years and the makers have returned. They actually never left; it's just that we have seen resurgence in the DIY hobbies over the last decade or so. This surge can be attributed to the rise of the internet, and mass information sharing. We are at a point in history where we are able to share our ideas, projects, and knowledge instantly with anyone anywhere in the world. This sharing of everything has led us to mass collaboration on even the smallest projects.

In the 1960's being a maker meant that you built your own model airplanes, ships and hobby rockets, and while those subjects are still part of the DIY / Maker scene, a far more advance type of maker has arisen. Today's makers are skilled in coding, embedded electronics, design, and all things computer related. We have our roots set deep in the model makers and amateur radio operators of the past, and while our tech may be a bit more advanced, we have not forgotten those who got us to this point.

Several years go, a team from Italy set out to revolutionize the way students learned to code for embedded electronic design. They wanted to create an open source development environment that was affordable enough that even the poorest student or school with the smallest budget could afford one. They built a board and an entire IDE based around Processing and Wiring and called the project Arduino. I consider this the turning point for the modern maker movement. 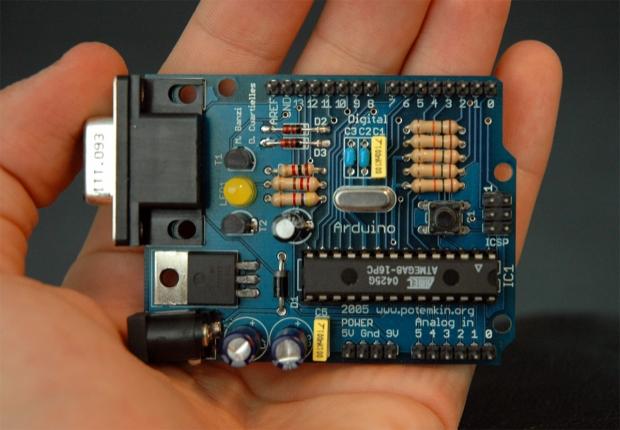 The Arduino has revolutionized how makers do things. It gave the world an easy to learn coding language that tied seamlessly into its development environment. It brought the cost of educational development boards down from the hundreds of dollars to just a few tens of dollars. Most importantly, it spawned a massive community where code, resources, information, and advice were lent freely to anyone anywhere.

The Arduino community grew into a massive pool of knowledge and it made finding working code examples easy as a quick search for almost every project you could think of. The Arduino project spawned off many third party clones, and thousands of purpose and general use shields that anyone could purchase, in essence it created an entirely new industry that was solely based around a single development environment.

Celebrity and TV Show host of Mythbusters fame Adam Savage is one of the most famous and outspoken makers. At the 2012 Bay Area Maker Fare Adam gave a talk titled "Why we make." During the talk he said, "We are seeing a generational shift back to Making... I've built and participated in the building of things from scratch: Robots, theatre sets, furniture, and props, but the love of the objects themselves, this child's desire for the impossible toy seen in a movie, or seen in my head. Wanting to make it, make it something that I have and something I have held... That want of those things, and teaching myself how to make things in order to have them is the engine of everything I have achieved in my whole life up till now... It doesn't matter what you make, and it doesn't matter why. The importance is that you are making something."

Adam Savage is not the only outspoken voice in the Maker Community, Bre Pettis, the founder of Makerbot has been making things long before he built his first 3D printer. In an interview at TED X Bre said, "I think it's a time of greatness. I think everybody has this greatness inside them and it's been obscured by the media... We grow up thinking we are not great. We grow up thinking that 100% is all we can achieve and we can only do worse. When you experiment with something and it fails but eventually you succeed, it gives you this resiliency and I think more and more people are just coming awake to the idea that they can change the world." Those people are makers. They chose to buck conformance and make their MP3 player instead of buying it. They chose to design and 3D print their own replacement part for the dishwasher. They are the people who you usually call on to help you fix something when it breaks.

I asked world famous PC modder Bill Owen what he thought being a Maker meant and he said that being a maker "has given me the freedom to control the direction of my life. I'll take the long hours of work or stress, knowing I made my own decisions." and he left me with a bit of advice . "Don't try to design something that will appeal to everyone's taste. Step outside your comfort zone whenever you can and learn new skills." In essence he was saying to always push your limits and try to buck conventionality every chance you get.

Chris Williamson, a good friend of mine has been involved in the maker scene for many years now and has designed and built some of the coolest robots I have ever seen. Williamson is also one of the founders of our local Maker Space, The ClubHouse. I asked Chris what he thought being a maker meant, and he told me that he feels "A maker is anyone that uses their abilities to create, whether it be mechanical, electrical, musical, visual or anything else. This world is full of things that were created by makers. Without makers, there would be no innovation and creation. That want of those things, and teaching myself how to make things in order to have them is the engine of everything I have achieved in my whole life up till now... It doesn't matter what you make, and it doesn't matter why. The importance is that you are making something."

I have considered myself to be a maker and part of the maker movement for quite a while. I built my first crystal radio when I was six years old, and over the years I have built everything from scale models of houses from old blueprints, to scratch built 3D printers. When I heard Savage give that talk, it was like everything finally clicked into place. For a long time I thought that being a maker simply meant that you built electronics and robots, wrote code, and printed things from your 3D printer. I realized that all DIY hobbyist as well as professionals such as engineers, artist, and programmers are all makers. 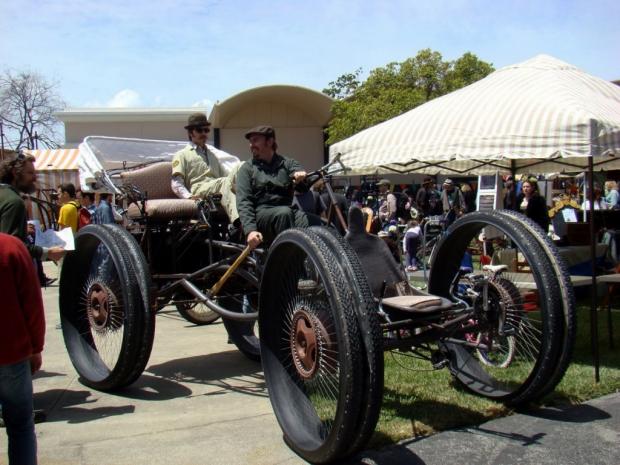 In reality anyone who creates things can be considered a maker. A mother building a scrapbook of her baby is a maker, an electrical engineering student building his first PCB is a maker, and even that six year old building a city out of Lego blocks is a maker. They all may not be at the fore front of the movement, but as with any revolution, the strength is in numbers. The simple fact that we as a collective whole are out there building things of our own design (or someone else's) with our own hands speaks volumes to our resilience as an intelligent species.