Talk about cutting it fine this month. Literally just days before the end of the month, AMD finally release the latest Catalyst driver release. The worst thing is, like me, most people probably don't really care about it as just a few days earlier a pre-release 11.10 driver came out which brought with it a focus on Battlefield 3.

What makes the driver probably not stand out even more is the fact that when you fire up the release notes, we've got no mention of any kind of performance increases on offer. As always, though, we take the time to go through the latest driver on a couple of cards and see just what kind of performance we get from the driver when compared to the previous month's one.

There's really not much more that needs to be said. We'll check out the testbed we're using today before we just get stuck straight into the performance side of things then wrap everything up.

So with that all said and done, let's not delay any longer and just get into it to see what's happening. 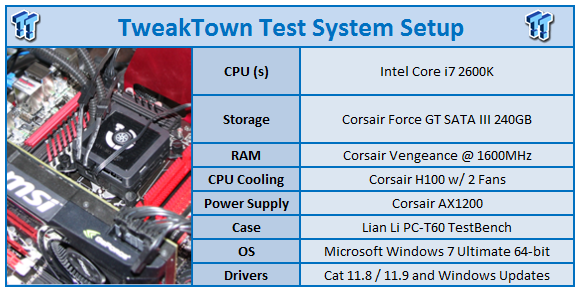 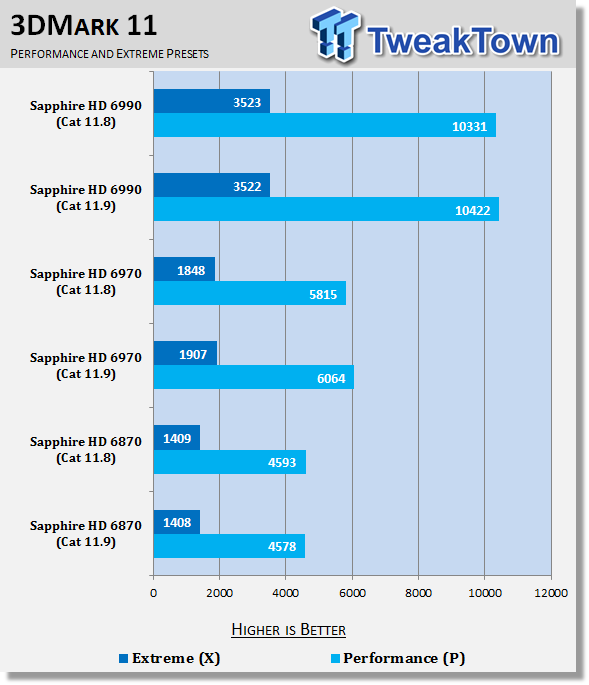 HD 6970 - In both presets we see a slight bump in performance.

HD 6990 - In the Performance preset we see a slight bump in performance here. 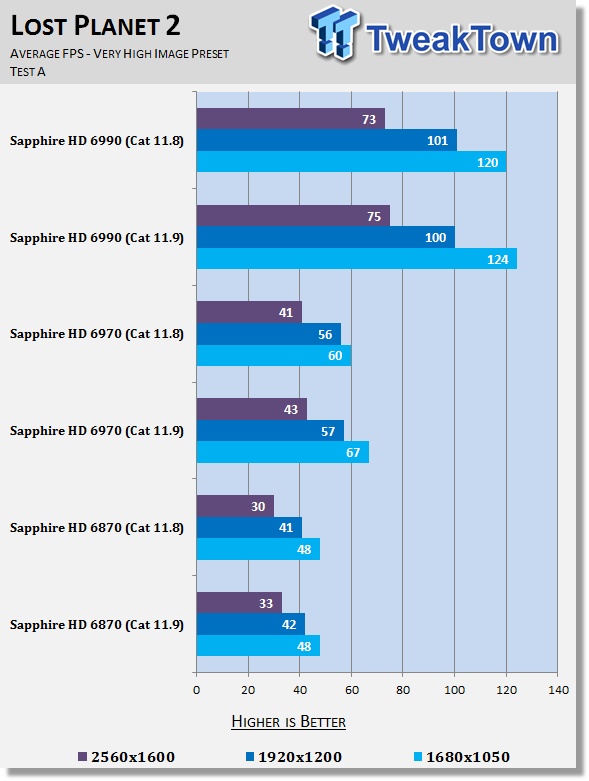 HD 6990 - We can see at all resolutions there's a little bit of movement. 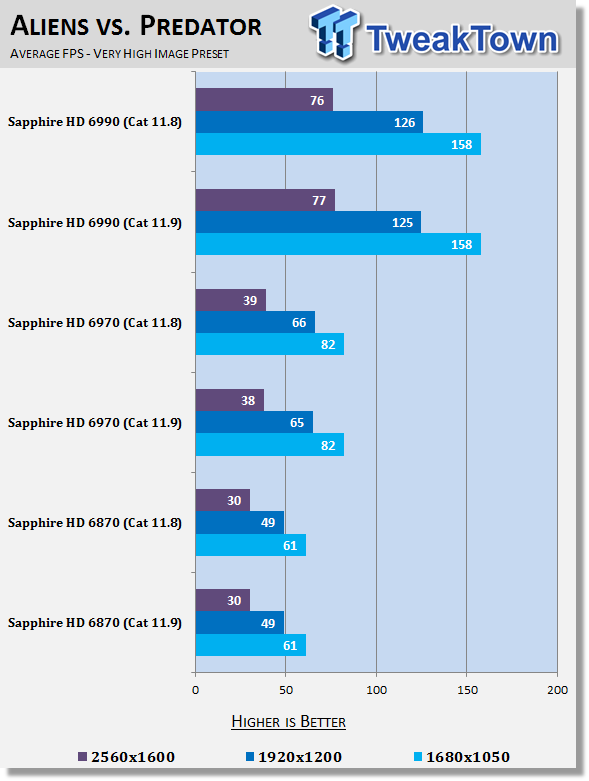 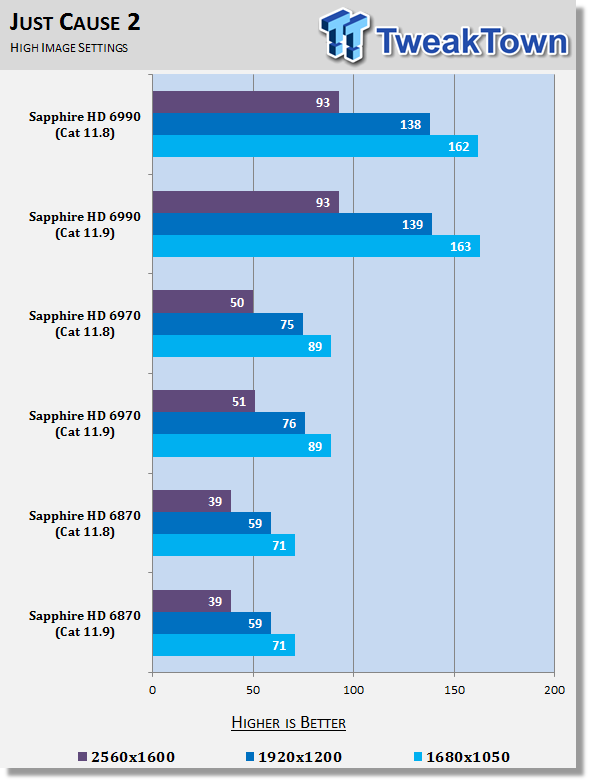 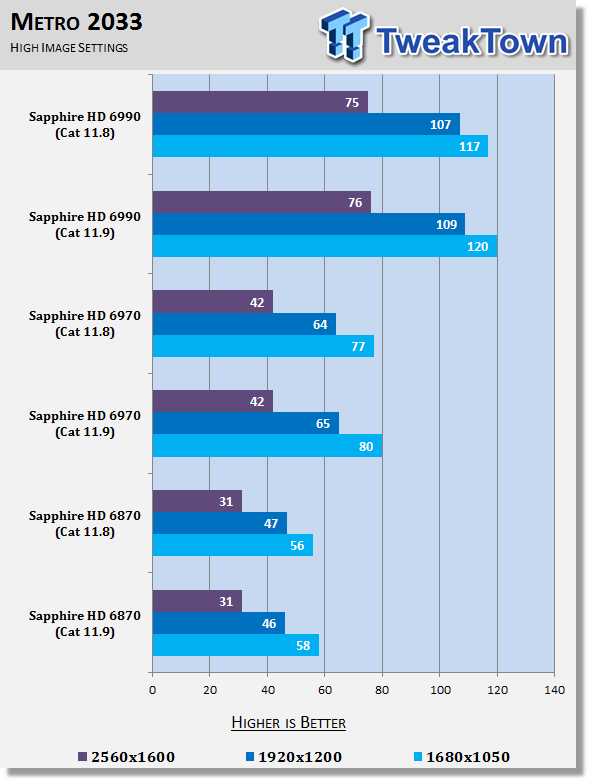 HD 6970 - At the lower resolution we can see a couple of extra FPS, but nothing major.

HD 6990 - At the lower resolution we can see a couple of extra FPS, but nothing major. 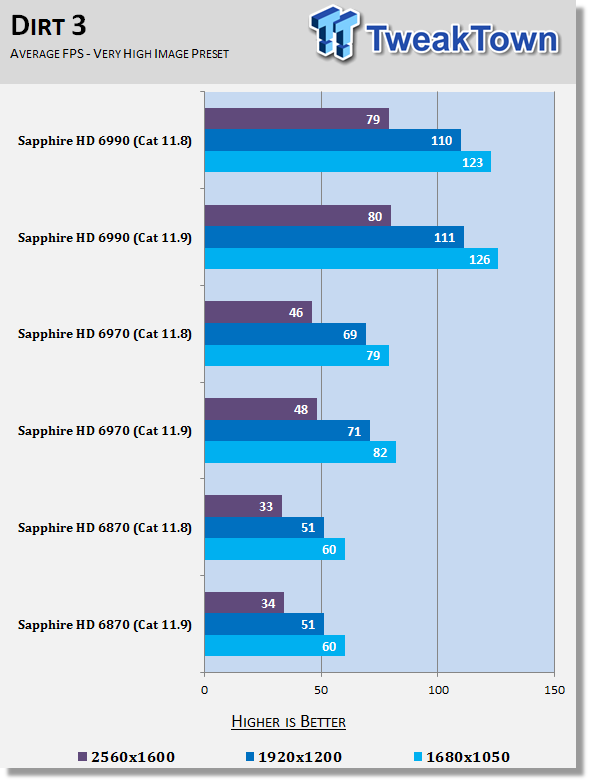 HD 6990 - At the lower resolution we can see a couple extra FPS, but nothing much as we move up the resolution table. 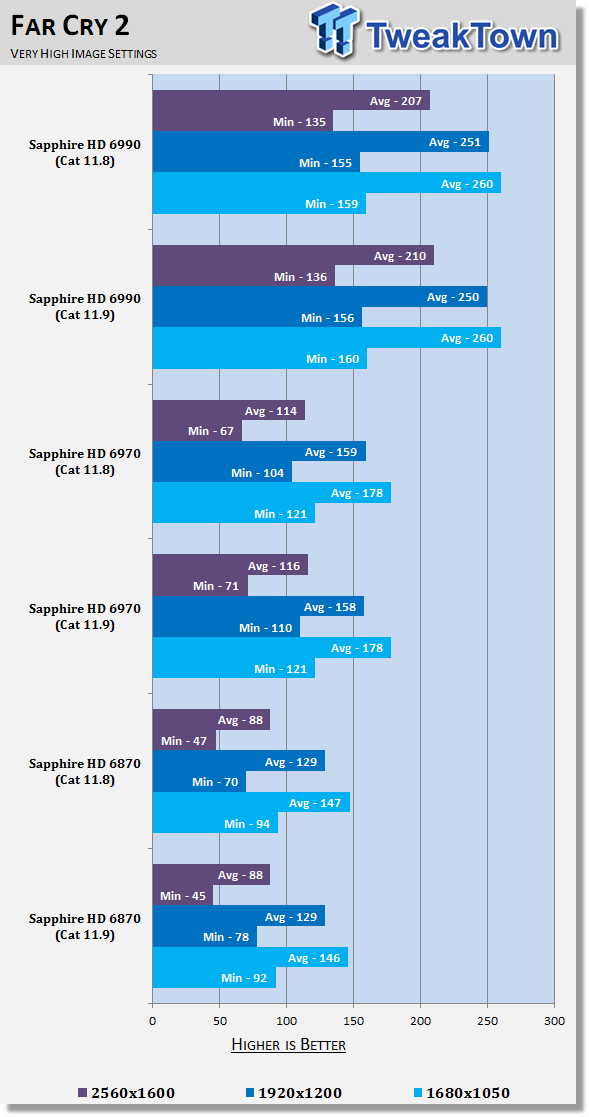 HD 6970 - At the higher resolutions we can see a bit of a boost in performance. 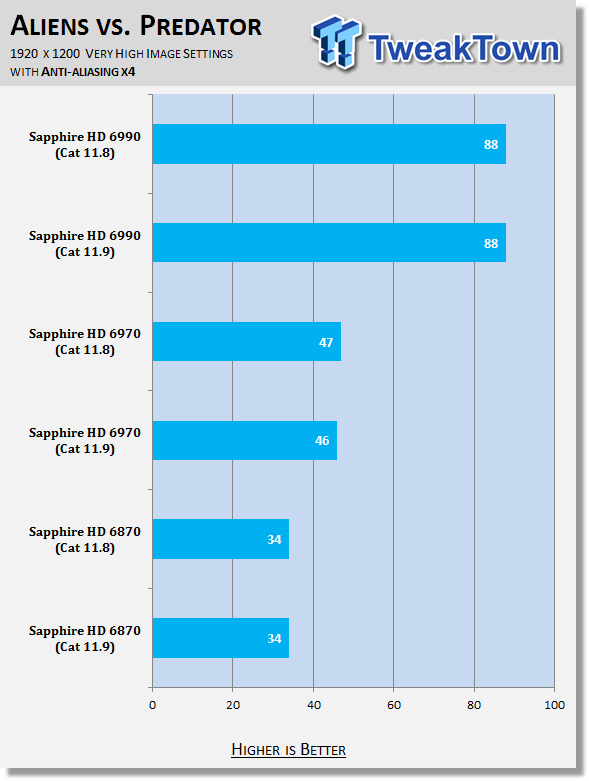 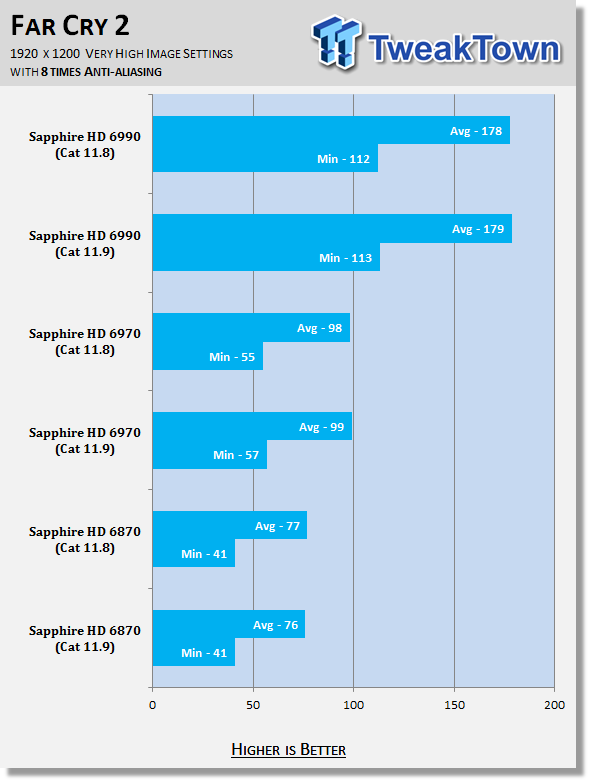 For the most part there isn't much to see with this driver except for the fact Lost Planet 2 managed to see some good gains in certain areas - especially when looking at 1680 x 1050. Outside of that, though, there's really nothing else much here.

If there was ever a driver that was released to just give you the impression that AMD are releasing particular versions of the driver to keep up with the whole "WHQL Driver Monthly" thing, then this is one of them.

If you're going to jump on the BF3 Beta bandwagon which is now officially open to everyone, you're going to get yourself the new preview driver as it has a couple of extra optimizations for the game. It also should carry any of the improvements we see here today alongside the fixes that are on offer.

The 11.9 is a good driver set, but the problem is it's made almost completely redundant with the 11.10 beta that has shown up. If you prefer to stick to the WHQL side of things, sure, make the jump. If you want to get the best AMD driver available at the moment, especially when it comes to BF3, then just skip this one and go straight for the 11.10.

To be honest, half of you have probably already done that anyway. So, it's time to get back to the BF3 beta and own some noobs....or at least try.