Welcome back to the second of the four part series, as we countdown the Top 20 films yet to be released to Blu-ray disc. If you missed the first article, covering films 20 up to 15, be sure to look at that here, and be sure to look out for parts III and IV in the coming weeks! 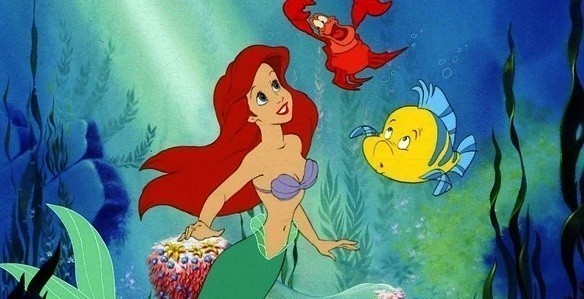 After years of low quality and low cost productions, a cute red headed mermaid named Ariel saved the fortunes of the Disney corporation, a film who's success spurned the resurgence of Disney as modern storyteller, to be followed by critical and financial successes of Beauty and the Beast, Aladdin and The Lion King.

Giving a happy ending to Hans Christian Andersons classic tale, The Little Mermaid is best known for its amazing score and soundtrack, with such classics as 'Under the Sea', 'Kiss the Girl' and 'Part of Your World'.

Due to Disney's seven year turnaround of films, The Little Mermaid isn't due for release again until 2012, where it's expected to be released under the Disney Diamond collection label, and as such given a top class release.

Made in 1955 when Hollywood was dying, and at the mercy of the new fangled in home television set, studio MGM gambled $15 million (adjusted for inflation; $120 million) at a time when they were in financial dire straits to remake the biblical classic Ben Hur. Thankfully for MGM, their gamble paid dividends and kept the company afloat.

Now in the hands of Warner Bros studios, Ben Hur is currently due for release on Blu-ray in 2011, with a brand new transfer from restored film elements. Similar to The Bridge on the River Kwai, Ben Hur has never been released in its original 2.55:1 aspect ratio, so film completists should be suitably impressed.

With more heart and more depth to his acting than many actors and actresses today, E.T. The Extra-Terrestrial touched filmgoers hearts back in 1982, and in the intervening years has lost none of its impact. Solidifying a young Steven Spielberg into the Hollywood hall of greats, straight off the back of another classic; Raiders of the Lost Ark, and reminding the world that aliens could be good as well. The film is also well known for the classic score provided by living legend John Williams.

Digitally remastered with a new transfer in 2002 for its 20th anniversary, along side one controversial revision of a shotgun to mobile phone replacement, E.T. likely won't be released on Blu-ray until 2012, which coincides with the films 30th anniversary. 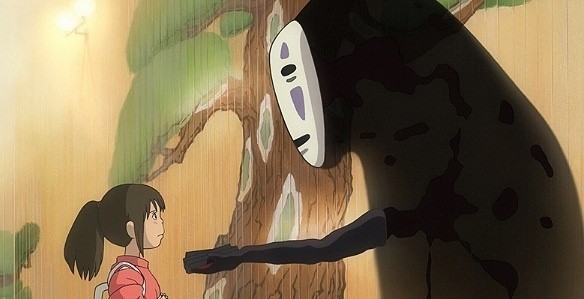 The Japanese animation company Studio Ghibli hit main stream success in 2002 with Sen to Chihiro no Kamikakushi, known as Spirited Away to western audiences. Ghibli is often referred to as the 'Disney of the East', but that's putting it mildly. Spirited Away has a fantastical storyline full of wonder and mystical events, but at its core has a very human element in the good to be found in all.

Studio Ghibli have in the last year released two films to Blu-ray; their latest film Ponyo and their first film Nausicaa of the Valley of the Wind. Spirited Away will no doubt be forthcoming, but with another 16 films in their library waiting for release, it could be a while before it sees the light of day, but the films enduring popularity should see it sooner rather than later. 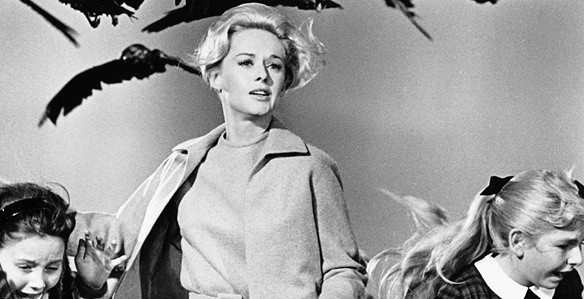 Coming in at Number 11 is the classic Alfred Hitchcock suspense film The Birds. The famed ice queen Tippi Hendren plays the prim Ms. Daniels, new to a small Northern California town, but is soon subjected to the random attacks of bird life across the town. The films charm lies in the fact that at no point is there ever given a reason for the attacks, they just are.

Universal Pictures appears to be remastering the Hitchock films it holds the rights for, starting with the spectacular release of Hitchcocks most well known film; Psycho. Amazon uploaded a title holder for the film late this year, fanning speculation that it will soon be announced, but Universal have made no official announcements as yet.

So, we're half way there. Please come back next week as we continue the countdown to the Top 20 films yet to be released on Blu-ray disc!