The Idea of 3D movies and other entertainment is not a new one. The idea goes quite a way back; if you think about it, the first large scale use of 3D projection was in the 1950s. This was though the use of filtered glasses and a red/blue projection. A few of the more iconic images of the 1950s in the U.S. are of kids wearing those glasses.

After that, the industry shelved 3D viewing for some time. When they pulled it out next it was again for the motion picture industry and it caught on for a small time in the 1980s. This actually followed with various attempts to bring 3D to the computer world. Of course, it was not until the mid-1990s that graphics technology was good enough to make this viable. The problem was that it was still basically the same technology, so you ended up with a very poorly done product that cost more than it was worth.

This has been the history of 3D gaming on the computer and would have been the end of the story if it were not for the effort put in by NVIDIA recently. Over the last year or so NVIDIA has resurrected the idea of 3D Gaming. They released this under the name of 3D Vision and have now incorporated the software for this into each new driver release package. 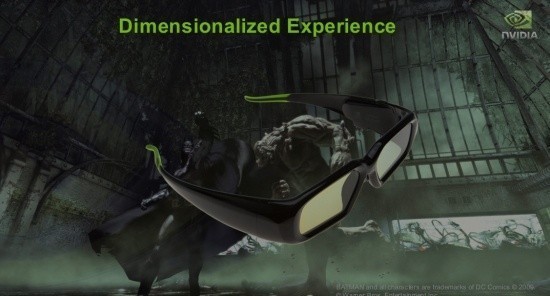 Of course, there are a few items that you have to put in place to get this working. The first is the need for NVIDIA's 3D Vision RF transmitter and glasses set. The next is the need for a 120Hz LCD panel. These two high end requirements have usually put 3D Vision out of the reach of casual users, but as the technology drops in price and the number of game (and application) titles that support it rise, we will see larger adoption of this new (and potentially game changing) standard.

But as with most things, you cannot please everyone. 3D Vision has been tied to the desktop and also to lower resolution products (up to 720p). The lack of large high-resolution panels and support on mobile devices has also prevented a larger adoption of 3D Vision.

Well, as of this week NVIDIA is looking to bring their 3D Vision to the mobile world. They are announcing, in conjunction with ASUS, the world's first mobile 3D Vision capable laptop. This is based off of the G51 line up and will be dubbed the G51J-3D. To do this ASUS has packed a 120Hz 15.6-inch LCD screen that is capable of handling the 3D Vision. But that is not all this new laptop brings to the table, it also has a Core i7 720QM (1.6GHz) processor under the hood along with 4GB of DDR3 RAM and a GTX 260 (1GB DDR3). 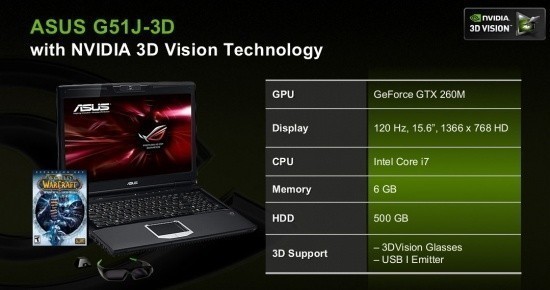 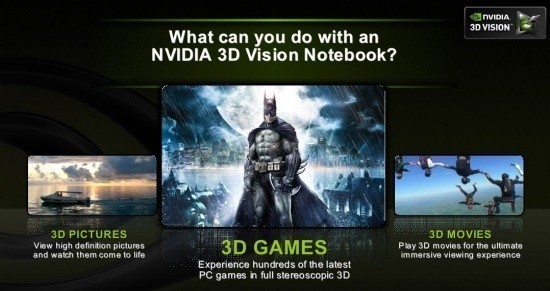 But just adding 3D Vision to a mobile platform is not enough. We talked with NVIDIA and found out a few things that are interesting to say the least. Traditionally, NV has offered 3D Vision with a single set of glasses; this had made it appear to be a single user product only. Now we find that not only is NV aware that this has greater potential (3D movies at home anyone?) for multiple viewers, but they are working on bundles that include more than one pair of glasses with the RF transmitter. They are also working on a new pricing structure for this (although no details were given at this time).

NV has also added support for 3D Vision into the Fujifilm FinePix Real 3D W1. This means that you can easily view the pictures taken with this camera using NVIDIA's 3D Vision. 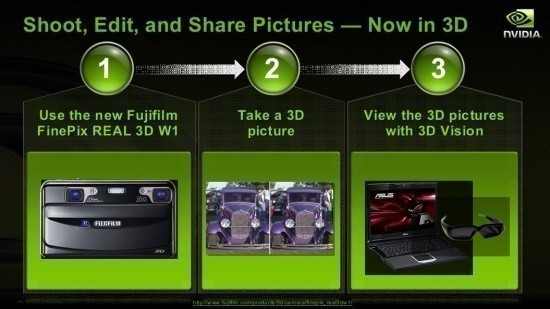 So now we have 3D viewing for games (over 400 titles support 3D Vision at the time of this writing), pictures and movies; all of these are supported by NVIDIA's 3D Vision Ecosystem. But again, there is more; the problem is that 3D Vision is supported only in full screen mode. This is a great for gaming and even for most movies, but a big pain if you are only trying to view a single picture. In fact, in many cases you might not want to watch a movie or play a game in full screen. So 3D Vision is out if you want that type of access, well at least for a little longer.

In our conversation with NV we were told that they are hard at work on a "windowed" mode. This means that you will be able to run a 3D window while the rest of the desktop stays in standard 2D mode. By doing this NV is opening up the door for application development with 3D support (can you imagine doing CAD in full 3D?). But they are also working on full browser support for 3D viewing and have developed a plug-in (which they are passing on to developers)that will be released early in 2010 to allow web applications like CoolIris, Google Earth and Bing Maps to be viewed in full 3D without the need to enter full screen mode. 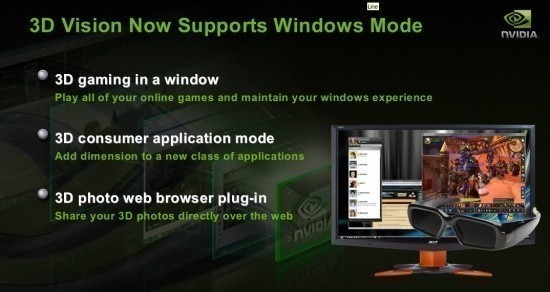 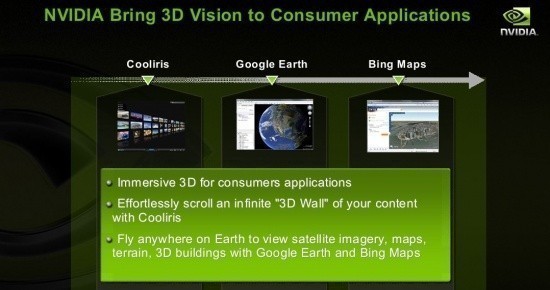 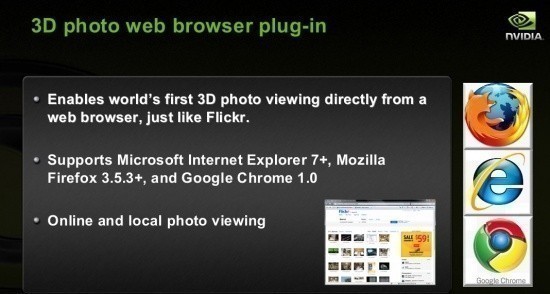 So, we can see that NV is serious about 3D Vision and is working very hard to extend support beyond simple gaming. They went so far as to talk about their work with Ubisoft to allow them access to lower level driver functions to enable better 3D support in Ubisoft titles. In their words, they are calling it "Dimensionalized Experience" and say that this brings more reality to the world of gaming and to general computer usage. Still, the improvements do not stop there; we hear of even better additions to the world of 3D Vision coming in 2010 (3D 720p projectors and other products). These new technologies and additions will further enhance what is fast becoming a very rich ecosystem indeed. 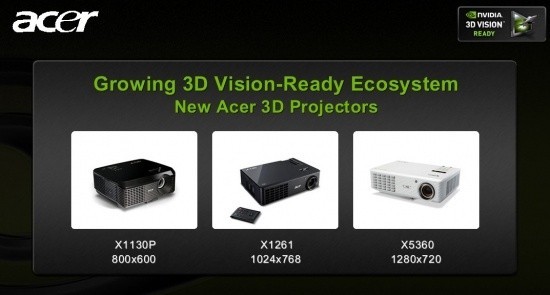