GIGABYTE has been working with a company in Taiwan known as Huper Laboratories for well over a year now to develop a pair of motherboards specifically designed to work with HuperLab's HuperVision surveillance software. You might wonder why you'd need a special motherboard for this, and so did we. GIGABYTE invited us to come along to HuperLab to see what the two have been working on.

HuperLab might not be a company that most people are familiar with, and neither were we before this encounter. The reason is quite simply that HuperLab doesn't sell its products in retail. The company is very much specialized in making digital security surveillance (DSS) products and it's not something you'd pick up as a general consumer. However, you might have used one of their products without even knowing about it, or even more likely, you could've been recorded by some of their software and hardware products, as they're quite common in several countries around the world.

HuperLab has had one hurdle which it has found hard to overcome, and that's the compatibility between its video capture hardware and the wide range of motherboards that are available on the market, as these products need to have a 24/7/365 uptime. This used to mean that their customers had to spend a lot of time evaluating various platforms they could use with HuperLab's products, and this was something that would equate to sometimes quite long delays before a new product could be sold to their customers in turn. 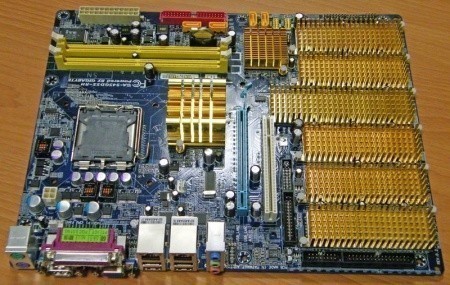 This is how the joint product development with GIGABYTE started, and although it has taken quite some time, in fact so long that there has been two new chipset revisions from Intel, the end result will allow their customers in turn to bring out new products quicker and save money at the same time. HuperLab went as far as telling us that with the new motherboards developed with GIGABYTE, their customers get the motherboard for free compared to just buying one of HuperLab's video capture solutions. It's hard to knock a deal like that, as it would lower the overall solution costs for their partners, which in turn would allow them to be more competitive in the market.

The two products that have been developed are quite different, not only because one motherboard is a full size ATX motherboard while the other is mATX, but also in terms of the features on offer. Apart from the rather large heatsinks at the bottom of both boards, there isn't really anything spectacularly strange about these boards, although there's more to it than what first meets the eye. For instance, you would think that the black connectors on the board is where the video interface to the remote cameras interface, but you'd be as mistaken as we were.

The actual interface to the remote cameras are via what appears to be the parallel port, but if you look closely, you'll notice that there are some different components just behind the connector and this is just a DB-25 interface for a breakout cable to which the various BNC or RCA connectors from the cameras are connected. The extra headers are for additional features such as audio capture and camera control of PTZ cameras. It shows how well thought out these products are, as there's no need for a parallel port on these motherboards, and as HuperLab's normal capture cards rely on a DB-25 interface, they just placed it where it made the most sense on the motherboards.

As far as the "computer" part of the motherboards are concerned, we're looking at very basic features, as the boards are based on the now outdated Intel 945GC chipset, but from what we were told the onboard graphics power is more than enough for most of today's surveillance systems. The boards have one free x16 PCIe slot for graphics card upgrades for certain system configurations, as well as a free PCI slot for other types of upgrades. The boards are also limited to 2GB of RAM which might seem a bit stingy, but HuperLab is using Windows XP embedded, so the system requirements in terms of the OS are quite low as it's a very stripped down version of XP. 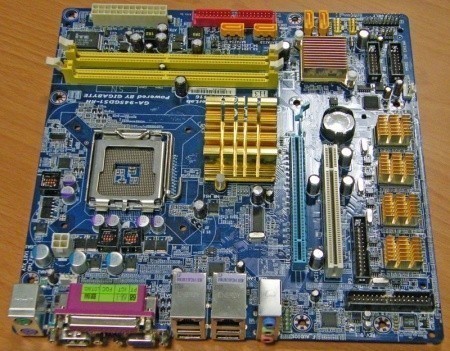 The boards also have dual Gigabit Ethernet ports, onboard AC'97 audio for playback of recorded audio streams, four rear USB 2.0 ports, a serial port and onboard RAID thanks to Intel's ICH7R. Both boards have a single IDE connector and four SATA ports. We asked why HuperLab hadn't gone for a more sophisticated RAID option, but they claimed it wasn't needed as the way their software and hardware works means that the video doesn't take up as much space as you'd expect. This is part of the secret about why HuperLab is a major player in the DSS market, as they have some pretty serious software IP here which allows them to do things its competitors can't.


Big Brother is Watching You

But what really amazed us was when we asked what and how the video was recorded, as it's all done in software MPEG-4 and a single motherboard with a suitable processor and a graphics card upgrade can record up to 16 simultaneous video streams at 720x480 or 720x576 resolution at 120 or 100FPS, which is considered HD quality in the DSS market. The two motherboards work slightly different though, with the mATX model relying on only four video capture chips, but again thanks to some very clever software features, HuperLab can still use up to 16 cameras with this board by jumping four times a second and still getting a decent frame rate between the four cameras. In fact, they claim to offer twice the performance of their competitors.

The software is known as huperVision 4000 and the demos we were shown were nothing short of impressive. Although we're not going into too much detail here, as it's difficult to explain how it all works, HuperLab have features such as missing or left object detection, which doesn't even require you to highlight the object you want to be watched by the camera. Other features like the virtual fence and secure zone detection will set off an alarm if a certain line is crossed. You can set all this up from within the software itself. There's also support for flow counting and the latest version of the software has also added people counting and flame detection. You can find a couple of demos running on the HuperLab website to give you an idea of how it all works, which by the way are all running on live hardware in the HuperLab office in Taipei.

As a final demo, HuperLab took us off site to show us a demo home that was considered to be very cutting edge in Taipei which uses HuperLab's system for its security system. It will allow people that live in this building when it has been completed to see who is waiting for them in the lobby among other things, as they will be able to interface with the building's security cameras from their PC or notebook. The demo setup also allowed you to see the parking space in front of the building as well as the road in front and the alley behind the building. This was just one small example of what can be done with HuperLab's surveillance systems. 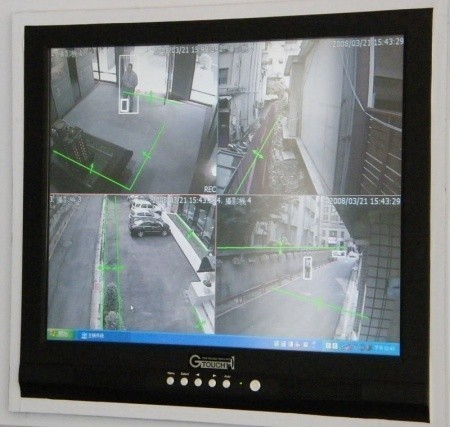 It's actually a little bit scary to see this kind of stuff up and running, as it shows how paranoid the world is getting to an extent, and in bigger cities more and more cameras are being put up. However, if it's going to be done, it might as well be done well and it looks like HuperLab has some very cool stuff that works really well. For those in the business, please feel free to contact Huper Laboratories, as they're looking for new customers all over the world. We'd like to thank GIGABYTE and HuperLab for letting us take a peek into the world of digital security surveillance.