Well here I am again finding myself locked in the iBuyPower bunker with more graphics cards than I can poke a stick at. Alongside three 9800 GTX graphics cards we also have two 9800 GX2s all ready to go into the funky water cooled system that we've been provided with today.

With Tri SLI drivers in hand, more benchmarks than we had last time and some Dominos Pizza and Dickens Energy Cider, we're ready to get stuck into the wonderful world of expensive VGA setups which is overkill for most of us, but still wanted oh so badly.

So without further ado, let's have a look at a few pictures taken during the course of the evening before we move onto the test results. 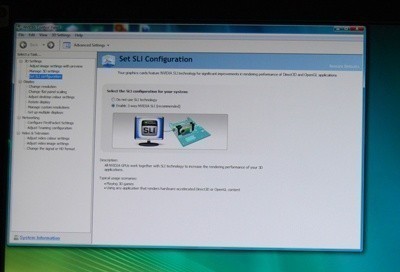 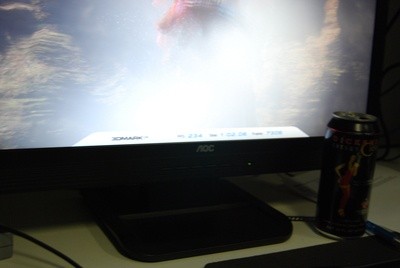 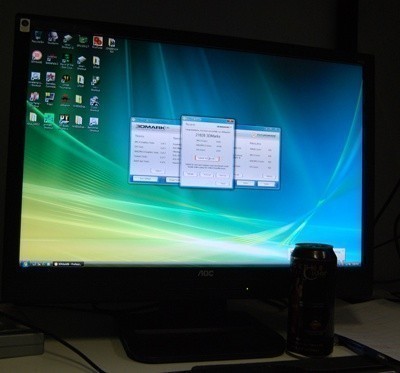 Just one of the many 20k+ runs we achieved during the night. 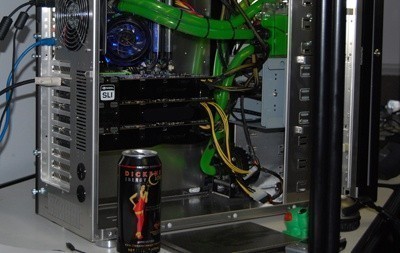 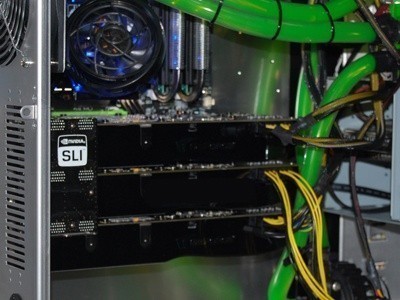 Tri SLI in all its glory! 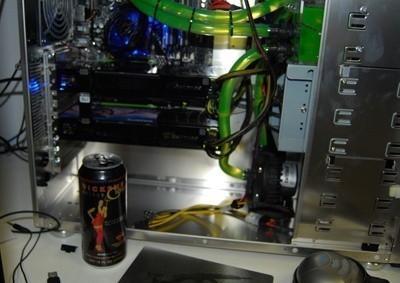 Quad SLI up and running again 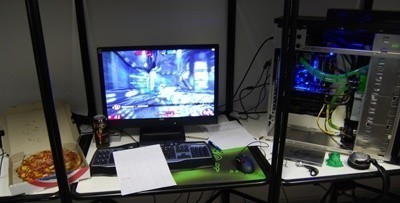 The whole setup, including dinner.


With the system now clocked at 4.4GHz and a WHQL driver available for Quad SLI, it was time to run a number of setups in more applications than we checked out last time.

Straight away we can see that we get some good gains when we move from a single card to a dual 9800 GTX. The gains at 1920 x 1200 are about 80%. When you move from a second to a third card though, the performance isn't nearly as impressive. We can see that Quad SLI and Tri SLI perform almost identical to each other.

At 1920 x 1200 the SLI setups manage to hit a problem, but as you can see in the lower resolution test we again see decent gains over a single card. Here we can see the GX2 and Quad SLI GX2 giving us about a 10% increase once again. Hopefully the SLI issues are sorted when the full PT Boats game comes out.

Under CINEBENCH 32-bit we can see that the GX2 is able to beat out the GTX, but the addition of extra cards does very little for the score. 64-bit on the other hand gets gains from a single card and puts all four cards quite close together.

Moving to Crysis at Medium we can see that we get a good performance jump from a single card setup, but after that the GTX manages to outperform the GX2 both by itself and when running in Quad SLI.

Moving to High paints a slightly different picture; we again see the big gains over the single card when moving to SLI, but this time almost 100% at 1920 x 1200. Tri SLI also manages to give us at the lower resolution about a 15% performance increase. We can see at the higher resolution the SLI GTX setup is actually the best, beating out three and four GPUs.

Checking out Very High we again see the big gains for the SLI 9800 GTX option when compared to a single card. Tri SLI manages to also increase performance again, but nowhere near what was offered when moving from one to two GPUs.

SLI doesn't offer the gains that we've seen from other games here today. We get a slight boost in performance when moving to two cards which equates to about 25%. After that we can see another slight boost at Tri SLI.

3DMark manages to show some gains for all the different setups. Quad SLI comes out on top, but only by 5% when compared to the Tri SLI setup. The SLI GTX manages to score more than a single GX2 and offers big gains compared to a single GTX.

It's clear that NVIDIA has really got its dual GPU SLI technology sorted out, but when you start mixing it up with three or four GPUs the performance increase while present, is very small, especially in relation to what it costs you to go down that route.

The GX2 continues to be a good offering for people who want to jump on the SLI bandwagon without getting themselves a SLI motherboard. However, if you're looking at building a new system it might be worth checking out a 780i motherboard and a pair of 9800 GTX cards which really gets things pumping.

NVIDIA has been seen to put a lot of effort into the SLI driver as of late, but it seems that most of the energy has gone into getting two cards to run extremely well together as opposed to three or four.

SLI is becoming a hot topic again, and we will have a 780i board up and running in our VGA labs so we can investigate it more and more as time goes on. Before we sign out though, I have to thank the boys at iBuyPower again for putting up with me and our lovely drink of choice, Dickens Energy Cider.