We found 7 items for the tag: UFOS

The New York Times ninja edits its UFO article, removing 'crashes of vehicles from other worlds' to 'objects of unknown origin'.

NEWS
Pentagon on UFOs: they are 'off-world vehicles not made on this earth'

The New York Times reports classified Pentagon hearings on crashed/recovered UFOs 'off-world vehicles not made on this Earth'.

Storm Area 51, They Can't Stop All of Us abducts 1.6 million attendees so far for Area 51 storm event on September 20. 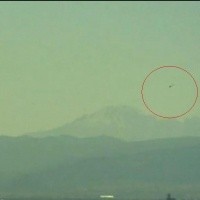 NEWS
Man films UFO over Denver, tells CNN who are skeptical, check it out themselves and film the same UFOs on camera

Denver man spots UFO in the sky, tells CNN who don't believe him - they come down and record the UFO.