We found 616 items for the tag: TWITCH

Get an exclusive look at Dying Light on Saturday thanks to NVIDIA and Twitch.

After issues with licensed music being used on Twitch, the streaming giant now has over 500 royalty-free tracks users can play in broadcasts and more.

Azubu.TV go on a staff-hiring rampage, setting themselves up for a massive 2015 by aquiring different personnel from big-name organisations.

Call of Duty: Advanced Warfare is already the most-streamed console game of 2014 on Twitch.

NEWS
Microsoft also made a bid on Twitch, but Twitch chose Google

Twitch had multiple offers for its acquisition, deciding on Google as it thought YouTube was the best decision for its mainstream success.

NEWS
YouTube to acquire Twitch in a deal worth $1 billion

Google and YouTube to buy Twitch for $1 billion, would be YouTube's biggest deal yet.

Twitch.TV has just introduced a new group chat feature that allows viewers to engage in conversation with other channel viewers. Stuck in beta for now.

The mobile SDK will enable to have Twitch's livstreaming and screencapture & sharing options in mobile games for Android and iOS.

Twitch live game broadcasting coming to Xbox One in March alongside Titanfall. 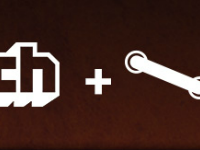 NEWS
Steam accounts play friendly with Twitch accounts, Dota 2 is the first game to use the new feature

Dota 2 is the first game to use the new Steam and Twitch account link feature.