We found 7 items for the tag: STREAMING VIDEO

Razer and Intel team up.

Millions of people relied on Twitch to watch E3.

Netflix and Amazon might make it easy to binge watch online videos, but HBO doesn't want to necessarily cater to that type of behavior.

YouTube has begun placing messages on videos with streaming issues to alert users if their ISP is the problem.

Yahoo wants to be in the video streaming market and if sources are correct, it wants to compete more with Netflix and Amazon than YouTube. 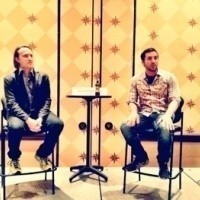