We found 10 items for the tag: STARDOCK

NEWS
Offworld Trading Company is free this weekend on Steam

On Steam this weekend Stardock has announced that Offworld Trading Company will be free-to-play.

The latest update for Galactic Civilizations III is quite the large one, with better Starbase automation among other additions.

We test out the DX12-capable Ashes of the Singularity, mixing our AMD Radeon and NVIDIA GeForce video cards together - whaaat?!

We benchmark the DX12-capable Ashes of the Singularity with AMD Radeon and NVIDIA GeForce video cards, and man is it exciting.

NEWS
Take to the campaign trail with The Political Machine 2016

Want to become a political mogul? Then The Political Machine 2016 from Stardock might be for you. Get right in the action and vie for the Presidency.

DirectX 12 games will eventually be 400-500% faster than DX11 games, according to the CEO of Stardock. 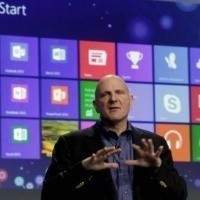 NEWS
The start button could possibly come back to Windows 8, would make many people happy

Windows 8 could see the Start Menu restored now that Steven Sinofsky is out.