We found 7 items for the tag: SPACESHIPTWO

NEWS
Virgin's commercial spaceflight tickets will rise above $250,000 each

SpaceShipTwo pilot's recount of frightening incident has been released.

Richard Branson and his family still plan to be the first passengers to fly on Virgin Galactic's SpaceShipTwo.

Space tourism is still in its infancy, but after major safety incidents, there is still a lot of work left to be done.

Virgin Galactic will continue working on another SpaceShipTwo aircraft which could be done before the end of the year. 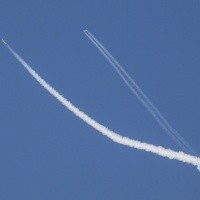 NEWS
Virgin Galactic could be ready for passenger trips in 2014

Virgin Galactic are nearly ready for passenger trips into space, you could be seeing the dark beyond next year.