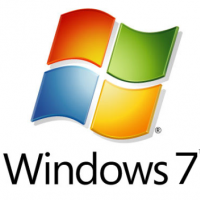 NEWS
Windows 7 SP1 update to forcibly roll out tomorrow, if you haven't updated yet, you will now

Windows 7 SP1 to begin rolling out through Windows Update.

Bringing plenty of fixes for stability, performance and secutity.

Windows 7 and Windows Server 2008 R2 get their Service Pack 1 RTM, release is imminent.

With our sexy P67 testbed chugging along, we risk ruining it all with the install of SP1 for Windows 7. Was it a good or bad idea?

No certain date on final release.

But possibly no official USB 3.0 support yet.

Scheduled for a September 2010 release.

but won't reach us for nearly a year.

We managed to get hold of a copy of Windows Vista SP2 RC and decided to put it up against Vista SP1 to see what has changed in the performance stakes.