We found 6 items for the tag: SOLAR PANELS

Solar energy systems could get a massive upgrade with this new breakthrough in technology.

Tesla will allow for residents in six states to rent solar panels for just $50 a month.

A solar powered road has been spotted in China, there is hopes that the road will power electric cars in the future.

Researchers have found a way to boost solar panel efficiency by using the patterns on Blu-ray disks. 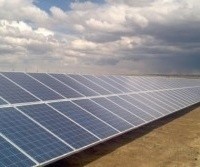 NEWS
Solar panels will be much cheaper by 2017, would cost around 36c per watt

Solar power to become a true, viable form of energy in 2017 as costs will be as low as 36c per watt.