We found 7 items for the tag: SEED

EA reveals its new research division called SEED, which aims to push its games to the next level. 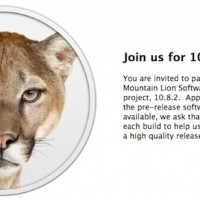 Apple seeds out OS X 10.8.2 to developers for testing.

An upstart manufacturer makes its debut at TweakTown with the MA-280 m-ITX chassis. Let's see what the MA-280 has to offer nettop users.