We found 19 items for the tag: PROTOTYPE

Synaptics had a really cool 3D hologram you could control without even touching it. Just swipe your finger a few centimeters above where you perceive it.

NEWS
Crono Labs is working on a monitor-mounted PC case

Crono Labs sets out to create a small PC chassis that mounts to the back of your monitor.

The 'PS3 completely overshadows Xbox One' when it comes to the remastered versions of Prototype.

Did you know that Sony and Nintendo worked together before the N64 and PlayStation? Here's the Sony Nintendo PlayStation prototype console. 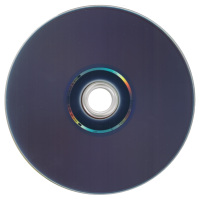 NEWS
FXI's Cotton Candy, a cloud-client on a USB stick

FXI's Cotton Candy is a dual-core Android-based phone, but in a USB stick.

Completely crazy and insane in so many ways, but very cool.

Uses some fancy foam in the right places.

Big changes for motherboards ahead.