We found 9 items for the tag: PROMETHEUS

R-rating! Blood! Cutting edge visual effects! Despite all that, 'Alien: Covenant' fails to thrill audiences in the way it should.

Alien Covenant finally reveals how the Xenomorph came to be, but did it ever matter? Ben takes a look at the film.

The sci-fi sequel will make us scream earlier than expected.

The hybrid Alien/Prometheus franchise to extend a little wider than thought.

Scott looks to establish the Prometheus sequel further away from Alien.

NEWS
Prometheus 2 production kicks off this fall for 2016 release

Prometheus 2 script is getting a rewrite as the move gears up to start production this fall. Here's hoping this one is better than the first. 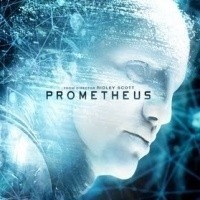 NEWS
Prometheus International Trailer... Ridley Scott has it in the bag

Prometheus International trailer, be prepared to be blown away.

NEWS
Prometheus trailer, a kind of prequel to Alien, directed by Ridley Scott