We found 6 items for the tag: PIZZA

NEWS
10 years ago, someone paid $45 million for a single pizza in Bitcoin

After buying a pizza for 10,000 Bitcoin, costing $45 million in today's BTC pricing -- Laszlo Hanyecz has no regrets.

NEWS
Join the battle for our 'Ninja Turtles' Blu-ray giveaway

Take home the 2016 action blockbuster on us.

Domino's to begin testing pizza delivery via drone, first service of its kind.

"I've been holding it in for years... Cowabunga!" 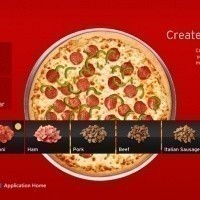 NEWS
Xbox 360 to receive Pizza Hut app, will let you order pizza with your voice and gestures

Pizza Hut delivery application for the Xbox 360 will let you order pizza with gestures, or your voice.