We found 8 items for the tag: PC REQUIREMENTS

Far Cry 4 will be released on Nov. 18 and minimum and optimal PC requirements were made available.

You'd better have a decent processor and 50GB of HDD space free if you were planning on buying Wolfenstein: The New Order. 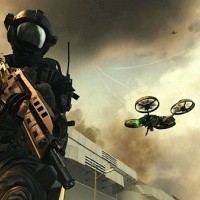 System requirements for COD: Black Ops 2 are out, won't be pushing a system near you any time soon.

NEWS
Skyrim 1.3 patch is out, Kinect play with Skyrim is also shown off

Skyrim 1.3 patch goes live, lots of improvements and talk of another patch, too.

Elder Scrolls V: Skyrim, its here and everyone loves it.