We found 7 items for the tag: ODYSSEY

NEWS
Humble Bundle has insane Ubisoft Hits sale on, up to 80% off titles

Humble Bundle has announced massive discounts on a large range of Ubisoft titles, saving gamers up to 80% off select titles.

NEWS
Kassandra was to be Odyssey's only hero, Bayek was to die in Origins

Assassin's Creed Odyssey was supposed to be exclusively led by female protagonist Kassandra, but Serge Hascoet forced Alexios in.

Intel shows off some absolutely wild graphics card concepts from the year 2015 during its Odyssey event at Computex 2019.

Samsung throws its hat in the ring of PC gaming notebooks with two GeForce GTX and Kaby Lake powered laptops. 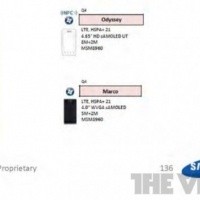