We found 8 items for the tag: MOBILE GAME

NEWS
Bethesda Fallout Shelter is popular, but don't expect too much mobile

Mobile video games will continue to be big money makers, evolving into a $45 billion market by 2018. 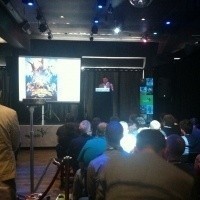