We found 10 items for the tag: MAC OS

PRESS RELEASE
THAT DRAGON, CANCER LAUNCHES; RAZER TO DONATE PROCEEDS FROM THE GAME TO CHARITY

NEWS
The two most vulnerable operating systems both belong to Apple

Windows isn't the most vulnerable operating system in the world according to GDI, it's actually Apple's MacOS X and iOS.

Infected apps compromised by the WireLurker malware have been blocked by Apple, the company confirms. 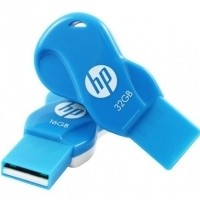