We found 7 items for the tag: INTEL ULTRABOOK

Intel is set to standardize SSD specifications for Ultrabook. 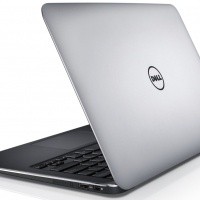 Dell's XPS 13 Ultrabook sales are doing better than expected, with demand about three times what Del.

Samsung unveil Series 5 ultrabooks, come in both 13- and 14-inch flavors.

HP's ultrabook shown off in new video, meet the Spectre.

Up to 50 Ultrabooks "to be launched at CES"