We found 7 items for the tag: INTEL CEO

Intel's freshly-minted CEO Pat Gelsinger sends a note to over 110,000 employees, says he wants Intel to be the market leader again.

Intel has been stumbling since 2016, allowing competitor AMD to run up, catch up, and run past -- Bob Swan walks the plan.

NEWS
Intel: CPU shortages will 'be a challenge' until Q3 2019

Intel will struggle with CPU shortages until at least Q3 2019.

Intel CEO sold $24 million of stock after the company found out about Spectre and Meltdown security bugs.

ASRock, G.Skill and Kingston HyperX team up to smash some more world records at IDF 2015 in the MaXXMEM and 4x Intel XTU categories. 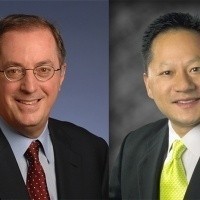 NEWS
RumorTT: Intel could acquire NVIDIA, would be kryptonite to AMD

RumorTT: NVIDIA could be acquired by a much bigger player... Intel.