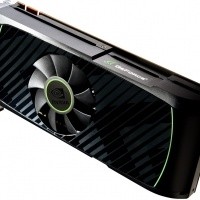 NVIDIA to discontinue their GeForce GTX 560, 550 series shortly before they launch their new GTX 660.

After looking at the newly released GTX 560 Ti-448 to select regions earlier in the week thanks to MSI's tricked up Twin Frozr III Power Edition, we now give it a solid overclocking kick to see where...

NVIDIA launch a brand new model to a few select regions. We check out the new GTX 560-448 to see what it's all about.

When you can't go to the booth, the booth comes to you.

ASUS slap the DirectCU II cooler on the new GTX 560 and give it a strong overclock. Let's find out just how strong it is.

MSI give the new GTX 560 the Twin Frozr II treatment. We check out the latest NVIDIA release from MSI.

It's time to see what happens when we put two of these new mid-range beasts together. Let's check out the GTX 560 Ti in SLI.

Another GTX 560 Ti comes in and we fire up the overclocking software, give it more voltage, and more clocks - Sounds like a good time!

MSI freezes the GTX 560 Ti with its Twin Frozr II cooler. We see how the card goes with the iconic cooler from MSI.

NVIDIA release a new model and we want to know one thing - Can the GTX 560 Ti impress us like the GTX 460? It has big shoes to fill.