We found 5 items for the tag: GENERAL ELECTRIC

This electric airplane is designed to lessen the amount of greenhouse emissions produced by commercial airplanes.

NEWS
NASA green technology could cut airline fuel use in half, save $255 bn 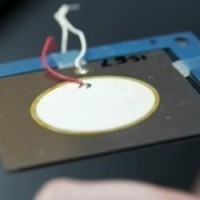