We found 9 items for the tag: ENGINE

In March next year World of Tanks will be getting a complete graphics engine overhaul.

ASUS showcases some alternative mods this year including a Rockcrawler, Star Wars AT-AT built out of LEGO and a car engine chassis.

Bing and Yahoo experienced outages on Friday thanks to a dodgy Microsoft update. 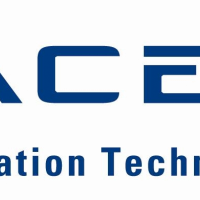 SpaceX's Merlin rocket engine approved for flight, will be used later this year.

Adobe Flash support for Crytek's engine is being "investigated"