We found 3 items for the tag: ELECTION 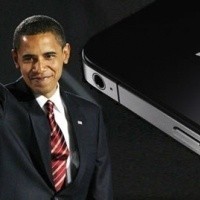 Yahoo released their list of top searches in 2012 with the iPhone 5 taking its spot behind this year.