After a very successful E3 2013, the pressure was on Sony to try and step up to the plate again. Like Microsoft, it was games games and more games.

Thought the world of Skyrim was big? Square Enix was showing off Project Flare at E3 2014, with the world being 17x bigger than Skyrim.

Oculus VR founder Palmer Luckey on 30FPS gaming: 'it's not a good artistic decision, it's a failure'

Facebook founder Mark Zuckerberg wants to sell you the Oculus Rift cheap, and at 'the lowest cost possible'

NEWS
Alien: Isolation's trailer has it all, click the pre-order button now

The latest trailer to Alien: Isolation is shaping up well, giving you a closer look at the Xenomorph and the incredibly detailed environments.

BLOGS
E3 2014 has been pretty exciting for gamers so far!

I'm usually a hardware guy, but E3 has seen some incredible games shown off - with VR seeing a big push

Facebook's acquisition of Oculus VR hasn't changed the company, with the Rift still being a gaming headset first, above all else.

We watched the Microsoft press conference and after last year's always-on, Kinect mandatory system and the anger that caused, we anticipated a better one.

No Man's Sky is set in an infinite universe, thanks to its procedurally-generated world.

The wait is nearly over! Grand Theft Auto V is coming to next-gen consoles, and PC!

NEWS
Microsoft to unveil Halo 5, Battletoads, and much more at E3 2014

Microsoft set to make a huge splash at E3 this year, rumored to unveil Halo 5, Battletoads reboot and much more.

Phil Spencer teases more details on Halo will be unveiled this summer at E3. 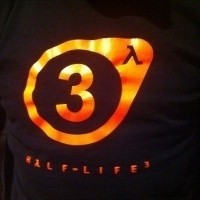