We found 35 items for the tag: DRAGON

Elon Musk's SpaceX has sent its Dragon spacecraft to the International Space Station to deliver new experiments and crew supplies.

Elon Musk's SpaceX has posted stunning footage of its Dragon capsule firing its thrusters towards the International Space Station.

The Light Microscopy Module (LMM), InSPACE-4 experiment and more have returned from the ISS to Earth aboard SpaceX's Dragon craft.

Researchers made an unprecedented discovery that is dubbed one of the unearthed 'greatest finds in British paleontology history'.

The crew of all-civlians that recently went to space for three days reported that they had an issue with SpaceX's toilet system.

Paleontologists from the University of Chile have identified the first 'dragon' fossil ever to be found in the Chile region.

SpaceX is transporting 4,800 pounds of cutting-edge science to the International Space Station. Ice cream is a part of the cargo.

NEWS
SpaceX crew was officially within 28 miles from 'unidentified object'

As SpaceX's Dragon space was flying to the International Space Station just recently, it encountered a UFO only 28 miles away.

NASA has come out and said that boaters were far too close to the landing site of SpaceX's Crew Dragon, and it won't happen again.

The astronauts aboard the SpaceX Dragon spacecraft have safely made it to the International Space Station.

If all goes according to plan, this will be the first-ever orbital mission achieved with the help of a used rocket.

After a postponed launch on Saturday, SpaceX successfully launched the Falcon 9 rocket on Sunday at 9:39 EST.

SpaceX will also attempt to land its Falcon 9 shortly after the launch.

Even with the delay of the test flight with a crew, SpaceX is still in better position than their competitor Boeing.

NEWS
Elon Musk describes his vision for colonization of Mars

Musk plans to send the first crewed mission to Mars in late 2024, that would arrive at the Red Planet in 2025.

Realtek wants to get back some market share and unleashes the Dragon - complete with new logo and designed for online gaming.

NEWS
The Red Dragon MSI build is the wildest yet

Jjsky5000 PC Mods isn't one to think inside the box. Here's a crazy mod that has been toted one of CES' best - The Red Dragon. 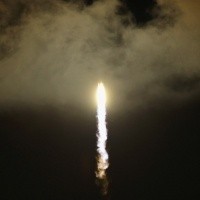 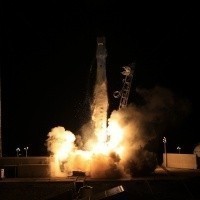 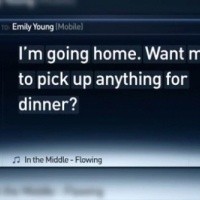 AMD isn't dead by a long shot. Phenom II, while not a stellar performer, still has a place and today Sapphire comes out with a new Dragon board.

NEWS
Turn your Phenom II x3 into an X4

an extra core could be a BIOS change away.

AMD today unveils what we like to call the 'real' Phenom II processor with more updates and a new AM3 socket. Read on as we explain what's new.

Today AMD joins the ranks of Intel by releasing its 45nm processor core in the form of the Phenom II.