We found 8 items for the tag: DEPARTMENT OF DEFENSE

Intel Foundry Services awarded $100 million contract for semiconductor manufacturing in the USA from the Pentagon and DoD.

NEWS
Watch how this .50 caliber bullet can be maneuvered mid-flight

Being a sniper may have just become a whole lot easier as DARPA has developed a bullet that can be controlled mid-flight.

The Department of Defense said that the recently leaked videos of a UFO are authentic, and the object is beyond known capabilities.

Department of Defence has said that the US lost $715 million dollars worth of weapons and equipment in Syria. 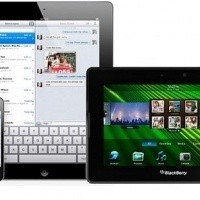 NEWS
U.S. military are looking at iOS and Android-based phones, could ditch RIM

The RIM-heavy U.S. military could soon move to iOS and Android-based devices

The Pentagon approves an Android device for Department of Defense networks, minus Market access.