Phanteks has entered the all-in-one cooling market with its Glacier One AIO liquid cooler lineup. You can even get one in white.

ASK THE EXPERTS
Which AIO CPU cooler is recommended for use with AMD's Ryzen 9 3900X?

Ask the Experts: Evan wants to know which all-in-one CPU liquid cooler we recommend for the AMD Ryzen 9 3900X processor.

Ask the Experts: Stephan looks to be possibly considering buying a new AIO cooler but has some concerns about some of NZXT's models.

Inwin chose what looks like a non-asetek cooler for their new SR series AIO's and it could be a great choice for the future of AIO cooling.

GIGABYTE HKC X320 Plus AIO looks like a sleek and respectable choice for system builders.

Cooler Master showed off their latest in water cooling at CES, which includes new AIO and custom coolers which focus on improving performance.

Maingear shows that AIO desktops can be powerful, but that muscle comes at a steep price.

EKWB's Predator 240 CPU liquid cooler kit goes through the testing phases today as we find out exactly how it performs.

Chad tells us all about Corsair's Hydro Series H80i CPU liquid cooler for both Intel and AMD processors.

Liquid cool your CPU and GPU easily in one package with this new enclosed all-in-one loop worth $139.99.

NEWS
CRYORIG unveils its A Series of hybrid liquid coolers

Samson unveil their new, portable Go Mic Direct - claiming it's small enough to not block any surrounding ports on your laptop.

NZXT released the hounds in pursuit of the top of the charts. Let's see if its newest 280mm AIO CPU cooler, the Kraken X61, is capable getting there.

Thermaltake breaks barriers with its latest cooler. Have a look at our first ever 360mm triple radiator AIO in Thermaltake's Water 3.0 Ultimate.

Enermax also makes the Liqtech 120X CPU cooler, a more extreme single radiator based AIO, with all the sleekest trimmings, which they sent in for testing.

Enermax throws its hat into the AIO CPU water cooling ring, and delivers the Liqtech 120S for us to test. Let's see what Chad thinks about it right now.

LG's upcoming Chromebas all Google, All-In-One PC was first shown off at CES 2014, and today we found out what it will cost, and when we can buy it.

Dell has unveiled some new notebook computers and AIOs that are aimed at the back to school crowd with some featuring touch and HD display.

It's time to look at the newest AIO from Corsair. This time we have optional color choices, and a whole lot of great performance.

Continuing the history of dabbling in water cooling, Zalman has delivered the Reserator 3 MAX AIO CPU cooler as its latest venture into this field. 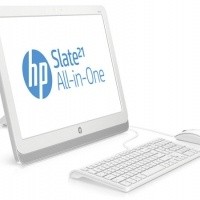