We found 9 items for the tag: AFRICA

A volcano has erupted on a Spanish island located off northwest Africa, and giant rivers of lava have been caught on video.

NEWS
The third-largest diamond ever mined on Earth found, worth $55 million

One of the world's largest diamonds has just been found in Botswana, Africa -- a huge 1098.3-carat high gem-quality diamond.

Egypt has seized from its owners the Ever Given ship the blocked the Suez Canal, and says the company owes nearly $1 billion.

One of the world's largest cargo container ships have turned sideways and has blocked all traffic in Egypt's Suez Canal.

The town of Tataouine enjoyed 'Star Wars' tourism, but not anymore.

NEWS
CDC confirms Ebola has arrived in the United States

The disease which is spreading like wildfire in Africa has now hit the United States. 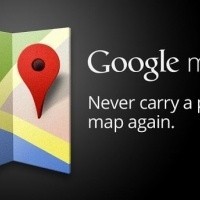 GoDaddy CEO shoots elephant to save vilage, but just starts riot instead.