Courts have ruled that Apple has infringed on a patented owned by the University of Wisconsin to power its modern A-series CPUs. 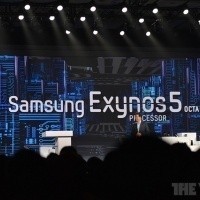